TOP NEWS
http://elderofziyon.blogspot.com/2019/06/happy-israelis-in-bahrain-are.html
Here is an entire story from Hezbollah’s Al Manar, mirrored in Arabic media, of how upset Arabs are that Israelis are tweeting photos of themselves in Bahrain, calling happy tourist shots “provocative.”

Shortly as they traveled to or arrived in Manama to cover the US-led economic workshop in Bahrain, Israeli journalists started boasting about their presence for the first time in Gulf state. 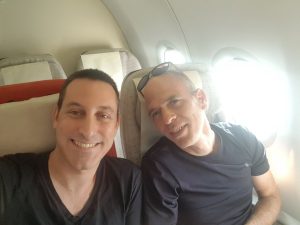 In provocative tweets, Israeli journalists posted photos of them in Manama as they appeared “Happy” and “excited” for covering the summit which is slated for June 25-26.

As he was heading to Manama, Israeli Channel 13’s senior correspondent Barak Ravid voiced his “excitement” to cover the economic plan of US President Donald Trump’s so-called ‘deal of the century’.

“On my way to Amman en route Manama with the mega producer Shai Shpiegelman. I am travelling around the world to cover events for 13 years but this is most exciting. It’s the 1st time Israeli journalists will be allowed to enter Bahrain. Follow for updates here,” Ravid tweeted late Sunday.

The Israeli journalist’s “excitement” didn’t stop here, he “cheered” on Monday over his presence in Manama by posting a photo of a beer with a statement: “With Lebanese beer in Bahrain. A new Middle East.” 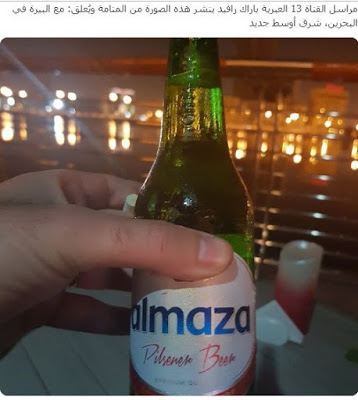 Israeli media outlets have not been granted entry into the tiny Persian Gulf country since the Oslo Accords in 1993.

“Proud and happy to enter #Bahrein as an Israeli journalist with an Israeli passport to cover #BahreinWorkshop. May #peace come. Inshaala @IsraelHayomHeb @IsraelHayomEng,” Kahana tweeted on Monday. 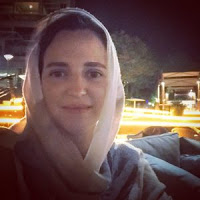 Noa Landau, who writes for Haaretz Israeli daily, posted her photo wearing a scarf and standing near the hotel which will host the workshop in Manama.

Another Israeli journalist also posted his photo. However, he wanted to send a “pro-normalization” message as he appeared in the photo holding the Israeli passport near the Bahraini Society against Normalization with the Zionist Enemy. The photo was circulated by Bahraini activists on social media, but the identity of the journalist was no tmentioned. 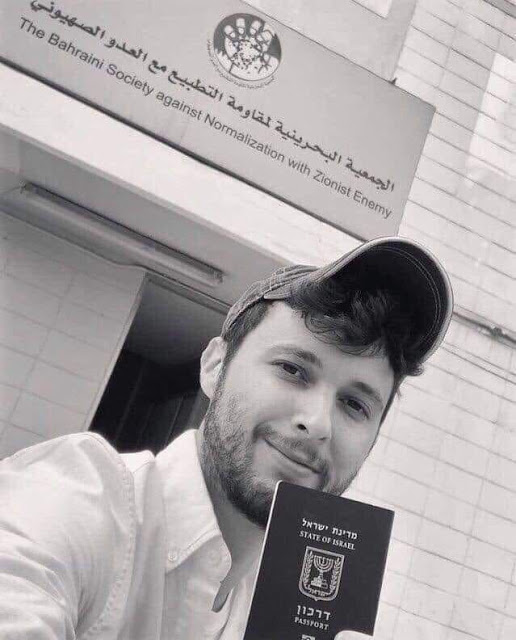 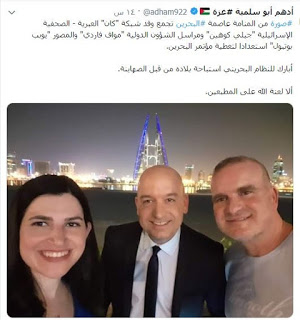 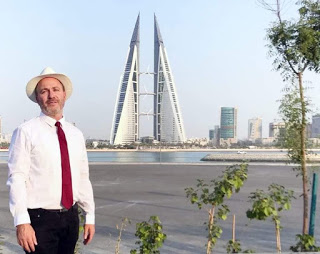 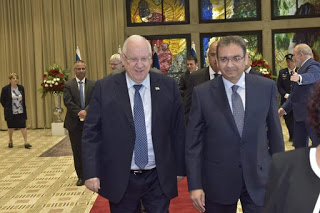 Here is the difference between Israelis and so many Arabs. Israelis truly want peace and are happy to visit the countries of their avowed enemies. Arabs get upset when Israelis step foot on Arab land.