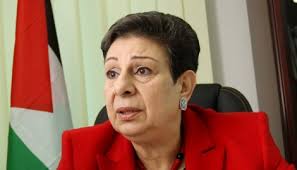 Back in 2013, I found that the Miftah NGO, founded by Western media darling Hanaa Ashrawi, had published the blood libel of Jews drinking Christian blood for Passover as fact, along with explicit support for terror and terrorists.

Even today, the website includes explicit antisemitism in Arabic.

Now it has been discovered that Miftah even has an article (cached here) from the neo-Nazi “National Vanguard ” site with classic Judeophobic tropes in English!

Entitled “Who Rules America – The Alien Grip on Our News and Entertainment Media Must Be Broken”, the article ends off with this call to arms against “alien” Jews in the US:


The Jew-controlled entertainment media have taken the lead in persuading a whole generation that homosexuality is a normal and acceptable way of life; that there is nothing at all wrong with White women dating or marrying Black men, or with White men marrying Asian women; that all races are inherently equal in ability and character — except that the character of the White race is suspect because of a history of oppressing other races; and that any effort by Whites at racial self-preservation is reprehensible.

We must oppose the further spreading of this poison among our people, and we must break the power of those who are spreading it. It would be intolerable for such power to be in the hands of any alien minority, with values and interests different from our own. But to permit the Jews, with their 3,000-year history of nation-wrecking, from ancient Egypt to Russia, to hold such power over us is tantamount to race suicide. Indeed, the fact that so many White Americans today are so filled with a sense of racial guilt and self-hatred that they actively seek the death of their own race is a deliberate consequence of Jewish media control.

Once we have absorbed and understood the fact of Jewish media control, it is our inescapable responsibility to do whatever is necessary to break that control. We must shrink from nothing in combating this evil power that has fastened its deadly grip on our people and is injecting its lethal poison into their minds and souls. If we fail to destroy it, it certainly will destroy our race.

Let us begin now to acquire knowledge and to take action toward this necessary end.

The article is from 2001, but its age does not acquit Miftah of antisemitism. On the contrary, the fact that Miftah decided that this article is worth spreading before anyone investigated their history of hate, and that the well-funded organization didn’t remove it after worldwide publicity over its blood libel article, proves that Jew-hatred is part and parcel of the organization itself. This article, together with the other articles we’ve unearthed, proves that Miftah is an organization where antisemitism is a fundamental belief, and any so-called apologies issued in English are not a reflection of what Miftah members believe but of a desire not to jeopardize their sources of funding.

Those sources, deplorably, turn a blind eye to this overwhelming evidence of naked Jew-hatred at Miftah because they believe that Miftah is a moderating influence on Palestinian society. Instead of using their funds to make a fundamental change in Palestinian society, they use them to protect their precious NGOs whom they do not want to antagonize.

It is way past time that Western NGO and nations end writing automatic checks to people who push the worst forms of hate and pretending that somehow their funding advances peace.

The US Consulate started its funding of Miftah after I exposed their spreading the blood libel.