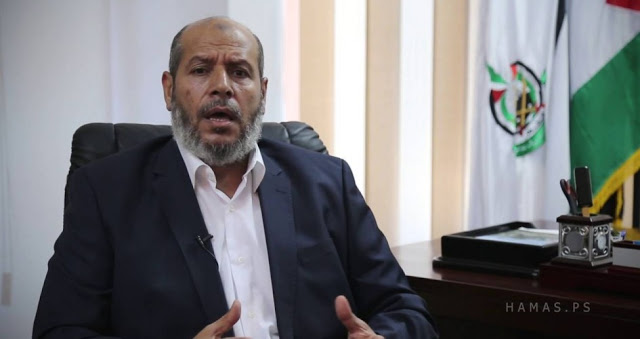 Dr. Khalil Hayya, deputy head of the political bureau of Hamas in the Gaza Strip, said on Thursday that the intransigence of President Mahmoud Abbas and the Palestinian Authority and the Fatah movement led to the continuation of the suffocating siege on Gaza and the stalemate of the Palestinian reconciliation, pointing to the acceptance of his movement  to stop the launch of the fire balloons in exchange fort the lifting of the blockade.

Hayya was bitter towards Abbas and the PA, saying that their punitive measures against Gaza are meant to humiliate the people who live there, which is a big insult for Arabs.

He called for general elections  under the supervision of the United Nations. Hamas did better than Fatah in the last elections, which is a major reason Abbas is against them.