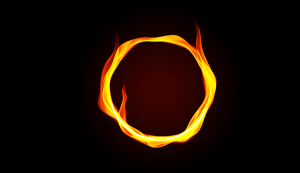 Gaza City, September 27 – A new fighter for the militant Islamist group that governs this coastal territory confessed today that given the prominence of jumping through flaming hoops that had characterized his training, his duties in resisting Israel since entering active duty has featured a surprising absence of any such displays.
Muhammad Nur, 17, of the city’s Suja’iyya neighborhood, now serves in a unit dedicated to excavating and maintaining a network of tunnels snaking under residential buildings in the city and connecting various Hamas positions with ammunition storage dumps and other military resources. In the recruitment materials that attracted him to the Izzedin al-Kassam Brigades, he encountered video clips and still photographs of athletic recruits making acrobatic dives through rings that had been set alight, to cheers and applause from onlookers. However, Nur’s responsibilities have yet to include jumping through a single flaming hoop, let alone being applauded for it.
“Most of what I do involves schlepping,” he lamented. “Sometimes I get to do some training and we crawl along the ground and shoot at cardboard silhouettes of Israelis, but most of the time I’m checking on ventilation systems and carrying replacement parts for pumps and lighting, and looking for cracks in the concrete of the tunnels. I doubt there would even be enough room down there to jump properly through a hoop. That’s a shame. I was really looking forward to it being part of my job.”
In his spare time, Nur still practices his flaming-hoop jumping, to keep his capabilities sharp in case the Zionists suspend burning rings larger than a man’s hips between him and where he intends to reach. “You know you can’t be too prepared for this. I’ll be ready when the time comes.”
A Hamas commander who declined to be identified by name acknowledged the discrepancy between the exciting clips of young Palestinians leaping through fiery hoops and the grim drudgery of using the Gazan civilian population as human shields above the tunnels. “Listen, everyone indulges in a bit of embellishment for marketing purposes,” he explained. “You think every fighter is going to march triumphantly on Jerusalem? I’m under no illusion any such thing will happen anytime soon, no matter what our propaganda screams. But you have to make things look compelling or exciting, or the young people just won’t want to be a part of it.”
“I mean, what are we supposed to do – stop trying to kill Jews? Don’t be ridiculous,” he added.