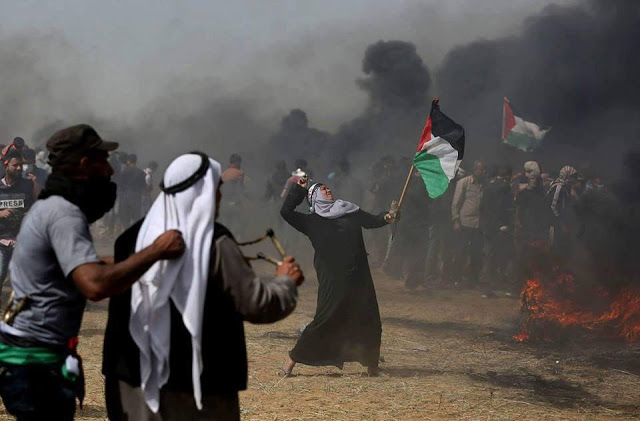 Hamas is instructing the media in Gaza on how ensure that coverage of the riots at the border aligns with the terror group’s propaganda aims. This article was published on Sunday at  an Palestinian media outlet:

The Information Office stressed the need to describe the terms of events in the eastern Gaza Strip accurately, and not to use the terms confrontations or clashes, but an attack by the occupation army and its snipers on peaceful and peaceful civil movement.

No photos of Molotov cocktails and placing IEDs.


It pointed to the need to focus on “humanizing” stories of martyrs and highlighting the different aspects of the character of the martyr, social and family, and also [highlight]  the injuries of children, girls and journalists.

It  stressed the importance of not publishing any information related to injuries or martyrs without relying on the official source of the Ministry of Health or its spokesman.

What more evidence do you need that the “official” casualty reports are lies?

While this memo is aimed at Palestinian Arab reporters, it also shows that Hamas is prepared to act against any Western reporters who violate these “guidelines” as well. Just as they did in previous conflicts.

And from the coverage we’ve seen so far, too many Western reporters have already internalized Hamas’ propaganda goals before Hamas found the need to publicize them.

Hamas doesn’t want you to see videos like this of Gazans cutting the fence:

See also Bassam Tawil at Gatestone, who discovered this story. 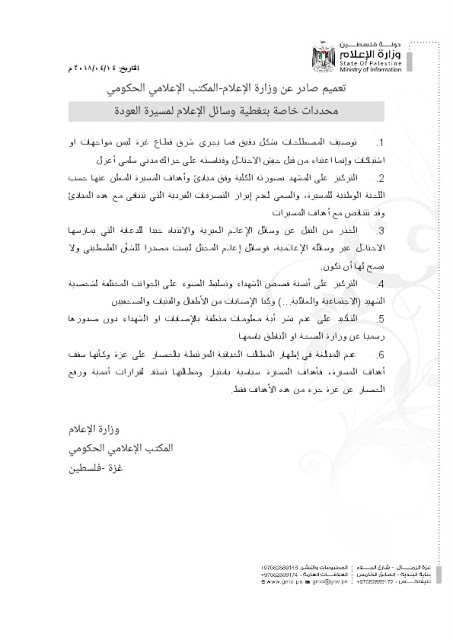