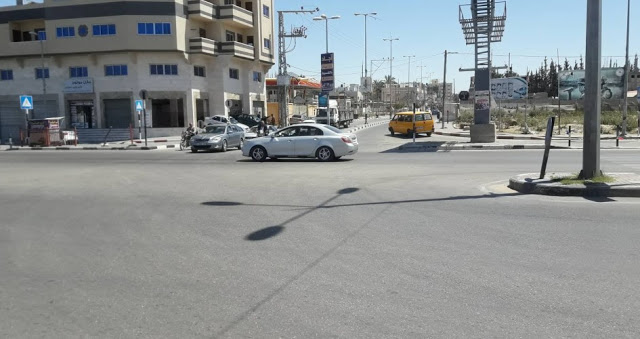 Gazans have been complaining about the intersection outside the Maghazi camp for nearly twenty years.

Known locally as the “junction of death,” the area has been the scene of many traffic accidents.

Generally, when there are problems of this type, Palestinians know almost subconsciously that they cannot make a big stink about it because the media must be dedicated to bashing Israel and any discussions of internal problems (with the exception of Fatah and Hamas bashing each other) must be muted. Some local Facebook groups or the like are the only way to find out about these sorts of issues; even murders are barely reported.

It is Palestinian omertà, and it is barely reported on.

But after two decades of complaints, these Gazans have had enough and decided to go to the media to pressure the Gaza government – Hamas – to do something.

A traffic light costs $75,000. Hamas spends millions on tunnels, rockets and other weapons – all at the expense of ordinary Gazans.

They know that Israel is not the issue, and that the Hamas/Fatah split is what is hurting them. But that cannot be said too loudly, and certainly not to Western reporters.

How many Western reporters even think about the dearth of local news from Palestinian media? Why are there so few articles on court cases or local resident complaints?

Sometimes, the absence of news indicates far more than the news itself. Assuming that Palestinian Arab media reports on local news the way we are used to seeing in local newspapers is a major mistake. In this story it explicitly says that the residents were so fed up with the situation that they resorted to going to the media, showing how unusual this is.

The truth is out there, if only reporters bothered to look for it. Unfortunately, too many share the Palestinian media agenda of only reporting what makes Israel look bad, whether true or not.