It published an essay by two anti-Zionist historians why they decided to become anti-Zionist. 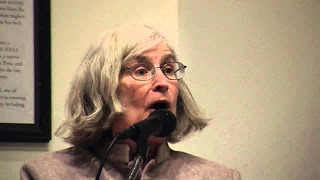 The first few paragraphs from Hasia Diner, professor of American Jewish history at NYU, is nothing short of astonishing.

When I was asked to run as a delegate on the progressive Hatikva platform to the 2010 World Zionist Congress, I encountered my personal rubicon, the line I could not cross. I was required to sign the “Jerusalem Program.” This statement of principles asked me to affirm that I believed in “the centrality of the State of Israel and Jerusalem as capital” for the Jewish people. It encouraged “Aliyah to Israel,” that is, the classic negation of the diaspora and as such the ending of Jewish life outside a homeland in Israel.

Maybe I’m not as smart as an NYU professor, but I don’t read “encouraging Aliyah” as “ending Jewish life everywhere outside Israel.” I don’t think Israel is placing a gun to the head of Jews in Long Island to move to Tel Aviv, or else.

So the entire argument is a straw-man. But that’s the least of the problems with Professor Diner’s essay.


The death of vast numbers of Jewish communities as a result of Zionist activity has impoverished the Jewish people, robbing us of these many cultures that have fallen into the maw of Israeli homogenization. The ideal of a religiously neutral state worked amazingly well for the millions of Jews who came to America.

I wonder what vibrant Jewish communities Israel is responsible for destroying.

Could it be the Jewish communities of Egypt? Iraq? Syria? Yemen? Morocco? Maybe Sweden? Or perhaps she is blaming Zionism for the destruction of Polish and Hungarian Jewry? What happened to them, anyway?

The answers, which every schoolchild knows, call into question the credentials of a history professor who has seemingly no clue why all those Jewish communities don’t exist or are nearly extinct, and who blames Israel for their disappearance. In fact, practically the only place that they are preserved is in Israel. (And if she blames Israel for the antisemitism that drove the Jews out of Arab countries, then she is truly hateful – and shallow.)

Diner doesn’t give a crap about the survival of the Jewish people or about the “homogenization” of Jews into an Israeli melting pot. These remnants of these communities are here today largely because of Israel. Those Jews no longer have to suffer with massacres, with dhimmitude, with being humiliated daily. What a terrible loss.

On the other hand, gefilte fish  may have never existed if there was no Diaspora. Yay, pogroms!

In fact, Diner herself, in one of  her books, exploded the myth of the Lower East Side as a romantic incubator of the American Jewish experience. “Though largely populated by Jews from Eastern Europe, it was not ethnically or even religiously homogenous. The tenements, grinding poverty, sweatshops, and packs of roaming children were considered the stuff of social work, not nostalgia and romance,” say a blurb from her book “Lower East Side Memories: A Jewish Place in America.” Yet she apparently holds on to her own personal myths of a flourishing, romantic Diaspora in Europe and the Arab world – but only when she can blame Israel for its disappearance.

I was struck in Israel last month by synagogues that now mix customs of Ashkenazic Jews and those from Arab countries. On Shabbat, I went to a shul that prayed according to the Eastern European custom but used a Torah from Edot Hamizrach which affected how that part of the service was done. Another one I went to took on the custom of whoever happened to be the prayer leader for that particular service – Ashkenaz for mincha, Nusach Sefard for maariv, and some people saying kaddish in the Mizrahi Jewish manner. All at the same minyan.

This “homogenization” is not something to be scorned but to be celebrated – unless you are a clueless NYU professor for whom the Diaspora is the ultimate symbolism of what it means to be Jewish.

The entire reason Jews have different customs is because they were in an unnatural disapora state for so long.  While some customs are quaint and beautiful, the diaspora itself was not. The good customs will remain, others will start, some will disappear. That’s what happens in a dynamic, living society. But Professor Diner does not want a dynamic Judaism that has returned to its historic homeland. She wants the museum, fictional Judaism of Fiddler on the Roof.

To Diner, Zionism must be fought because it wants to create a world where Jews are united again and Jews have a nation again.

When one looks at it with a real historical perspective, one sees that Diner’s whining has nothing to do with reality. She simply hates Israel and proud Jews. Diner is so bigoted, in fact, that she rails against Haredi Jews, whom she despises so much that she literally “abhors” visiting Israel because she doesn’t want to see those damned Jews in their black hats and coats.

If Diner was honest, which of course she isn’t, she would admit that her hate for Israel is irrational, and she is justifying it after the fact. There is no real difference between Diner and classic antisemites who also justify their hate with pseudo-moral arguments.

She is a bigot pretending to embrace liberal principals. But hate is what animates her, not a true liberal love for all peoples. What little mask she still has falls off when she reveals:


I feel a sense of repulsion when I enter a synagogue in front of which the congregation has planted a sign reading, “We Stand With Israel.”

Only the Israeli flag repulses her.

This is not a rational person, This is a bigoted, despicable person who uses her academic standing as a mask to hide her true, ugly face of hatred.

Of course, she is perfect to write for Haaretz.