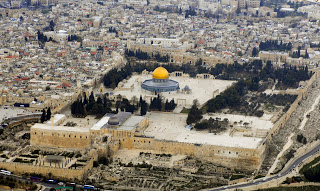 TEHRAN, Aug. 23 (MNA) – Iranian Presidential Office’s Committee of Support for the Islamic Revolution of Palestine issued a statement on Tuesday marking the 48th anniversary of arson attack on al-Aqsa Mosque.

“Forty-eight years ago, on August 21, al-Aqsa Mosque, the first Qibla of Muslims and the third holiest shrine in the Islamic world, was set on the fire of anger and historic humiliation of Zionists by an extremist Zionist and many valuable Islamic antiques of the place were destroyed,” reads the opening of a communique released on Tuesday by the Iranian Presidential Office’s Committee of Support for the Islamic Revolution of Palestine, “Since then on, the Zionists’ and extremist Jews’ aggressions and on and off attacks have targeted the first Qibla of Muslims, however, no cry of support for the place is heard.”

“Since 1969 till now, numerous military attacks have been staged against al-Aqsa Mosque by the Zionist regime,” asserted another line of the document, “setting on fire, blocking the entrance gates, hindering the prayers ceremonies of Muslims, holding Jewish rituals at the site, breaking the lock of the main door of the holy place, and so many aggressions are among the desecrating behaviors against the respect of the divine place.”

“The Zionists have used different excuses under the heading of digging operation, conducting destruction operations, and widening or deepening the buildings in the environs of the city, have always sought to impose a Judaized identity upon the holy shrine so far as they have managed so far to divide the Abrahamic venue and convert a big share of the place to synagogue,” underlines the communiqué.

Hey, if Iran already thinks there is a synagogue there, then there is no downside to building one!

(Of course, they are referring to the Western Wall, showing how tolerant these Iranians are of Jews.)


“What is clear is that the Zionist regime has always been seeking to erase the image of al-Aqsa Mosque from the mind of the public and that is why whenever local or international media refer to al-Aqsa Mosque, photos of the Dome of the Rock are shown to obfuscate the recognition of the mosque from the dome and reach their goal,” asserts the document.

As I noted last month,  about half of the Google Image searches for “Al Aqsa Mosque” show the Dome of the rock. I didn’t realize that the Zionists had so thoroughly infiltrated the Arabic speaking world!