On April 4, a 65-year-old Orthodox Jewish woman called Lucette Attal-Halimi and known by her Hebrew name, Sarah Halimi — a retired doctor and the head of a kindergarten — was attacked in the middle of the night at her home on Vaucouleurs Street, in Paris’ 11th arrondissement, apparently tortured to death and finally thrown out of a third-floor window.

At 4am, Kobili Traore, a 27-year-old of Malian Muslim descent living one floor below Sarah Halimi, went to the flat of an older relative, Diara Traore, on the third floor of the adjoining building on 30 Vaucouleurs Street.

Kobili’s behaviour was clearly problematic, since Diara Traore locked himself, his wife and children in one of the apartment’s rooms and called the police at 4.25am.

Three minutes later, a unit of the Anti-Crime Brigade (BAC) — who happened to be patrolling the area — took up position in front of Diara’s door.

They heard Kobili Traore chanting Muslim prayers and Koranic verses. Unsure about the situation and the potential threats to the family, they asked for reinforcements. Additional policemen arrived quickly. However, for some unclear reason, the BAC unit still refrained from breaking in.

In the meantime, Kobili Traore put on new clothes and climbed out of the window to reach Sarah Halimi’s apartment, which was at the same level as Diara Traore’s. 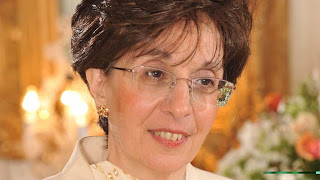 He allegedly assaulted the Jewish woman and hit her mercilessly. From time to time he resumed Koranic recitation. Many neighbours, woken by the old woman’s screams or the assaulter’s religious chanting, called the police.

Some gave details about the exact location of the assault, the attacker’s identity, the fact he vilified his victim as a Jewish person and as “a Satan” while hitting her, or even — as far as the Muslim neighbours were concerned — the Koranic portions he chanted.

Yet the police still failed to storm Sarah Halimi’s apartment and rescue her. Eventually, Kobili Traore is claimed to have shouted that the woman was “mad and about to commit suicide”, and threw her out of the window.

He had time enough to climb back to Diara Traore’s apartment where he finally was arrested. His hands were covered in blood. There was blood everywhere in his victim’s apartment.

But this week a judge rejected a prosecution request to reclassify the case as a murder motivated by antisemitism, a crime that carries a heavier penalty.

The judge, Anne Ihuellou, also ruled Mr Traore’s mental state meant he should be protected from the French Jewish community’s “hostile” attitude towards him.

Yes, the murderer must be protected from the people he wants to murder. we need to ‘understand” him, because he obviously was in a sort of mental state that means that he is the victim, not the woman he tortured, murdered and threw out the window.