In recent months, a new campus organization, Harvard Out of Occupied Palestine, called on Harvard to divest from companies tied to the Israeli occupation of Palestine.

When it comes to divesting its $40.9 billion endowment, that call marks only the latest in a series of demands activists have made of the University, including divesting from fossil fuels, the prison industry, and Puerto Rican debt.

The Crimson’s analysis of the Harvard Management Company’s latest filings found that HMC had over $194 million directly invested in Booking Holdings, a company that a United Nations human rights body ties to Israeli settlements in Palestine.

Booking Holdings — the parent company of a number of travel-related businesses, including Booking.com, Kayak, and OpenTable — is one of just nine companies in which Harvard has direct public investments.

In 2018, Human Rights Watch found that Booking.com and other services that connect travellers to accommodations — like Airbnb — list rental properties in the Palestinian territories.

Omar Shakir — the Israel and Palestine Director for Human Rights Watch — said he thinks the settlements are “at the root” of human rights abuses, criticizing Booking’s decision to list properties in them.

“They basically broker rentals on land stolen from Palestinians who themselves can’t stay in those listings,” Shakir said. “Booking — by brokering these rentals in West Bank settlements — is helping to entrench the settlement enterprise.”

Shakir added that he believes the rentals listed on Booking.com — which are not available to Palestinians — are “benefiting from the infrastructure, the water, [and] the electricity” in the region.

Booking.com also lists properties in the Palestinian territories, that Israelis cannot book. So perhaps those hotels and homes should be boycotted? 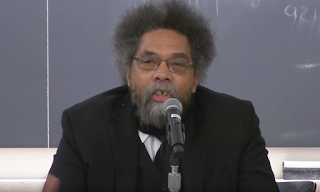 At the launch event for “Harvard Out of Occupied Palestine” last month, Harvard professor Cornel West said (starting at 52:35]


The question for me is all ways one of quite unsettling moral honesty and this is a question I’ve been raising since 1977.

What would be your response if there were an ugly vicious Palestinian occupation of Jewish brothers and sisters?

My hunch is Harvard itself would be in the vanguard of the BDS movement in support of Jewish brothers and sisters.

Ooooh, West thinks he has a “gotcha.” However, his words prove the opposite.

Arabs today want to ban Jews from their holiest sites – not only the Temple Mount but also the Western Wall, if they had the ability to,  and which they claim is purely Arab/Muslim. What progressive has spoken out against that?

Archaeology proving Jewish presence in the Holy Land is being destroyed by the Arabs. Jewish history is erased from Palestinian textbooks and websites. In fact, they deny that there is any Jewish history in Jerusalem and in the entire region. Who is speaking out against that?

Similarly, every single international hotel booking site on the planet allows its customers to reserve rooms in Mecca – where non-Muslims are not allowed to enter. Who has a problem with that? Certainly not the “progressive” Left, who are generally hostile towards people of faith but very tolerant for Muslim intolerance.

There is hypocrisy on every level. And there is only one thread that is consistent if you look at it dispassionately – a visceral hate for Jews.

Not one of the companies on the UN list is Arab-owned, even though Israeli Arabs do have businesses in the territories. But they aren’t “settlers.” Only Jews are.

It would be easy to show BDS’ hypocrisy in the fact that no major “progressive” group is calling to boycott China, which has imprisoned a million Muslims to the collective shrug of the Left.

But this isn’t just a call to boycott Israeli companies, which would already be antisemitic. When these haters say to divest from Booking or General Mills, it is a call to divest from companies who have a small component that provides a nominal service in places that the “progressives” want to be Judenrein.

This isn’t “justice” – this is obsessive hate.

(The term “Jew-cooties” was created by the great blogger Meryl Yourish back in 2005.)