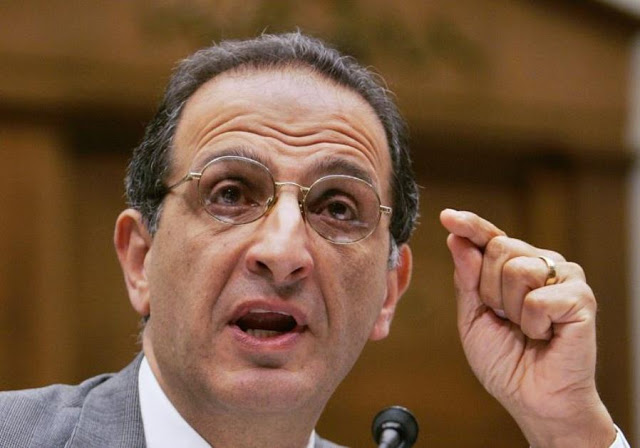 James Zogby, the founder and president of the Arab American Institute, wrote an essay earlier this month that was translated and reproduced in Arabic news sites.

Called “Normalization Doesn’t Advance Israeli/Palestinian Peace,” the first sentence is all you need to read: “For as long as I can recall, Israelis have sought recognition and acceptance from the Arab World without reciprocity.”

He brings some bizarre “proofs” – mainly that the US promised to pressure Israel about the settlements in 1992 in exchange for Arabs ending the secondary boycott of Israel, and Israel didn’t stop building (even though there have been very few new settlements since 1992.) Israel never promised anything, and Zogby knows that.

His ending is as sweeping as his beginning, as he rails against Arab nations softening their stance on Israel:

Israelis have simply never operated in good faith vis-à-vis their dealings with the Arab World, and most especially with the Palestinians. They take and they do not reciprocate. That is why I say “Don’t be fooled. Normalization doesn’t advance peace and it most certainly doesn’t advance Palestinian rights.”

Well, let’s see. Egypt’s economy was helped a great deal by peace with Israel, and Israel has helped it against ISIS in the Sinai. Jordan effectively uses Israel to defend itself. They both gained lots from their official but cold peace with Israel, including intelligence cooperation.

But Israel offers much more to the Arab world in exchange for peace. Israel wants to help the Arab world with water management, with setting up economic zones of cooperation, with direct trade (and there is already lots of trade under the table), and not least with defending against Iran.

Moreover, peace with Israel can result in the Arab nations having a means to trade goods with Europe through the Mediterranean, as Israel is proposing with a rail line. That is not a small concession!

Zogby is lying, and he knows it.

As a major contributor to the Democratic Party platform, he has bitterly complained that he is typecast as the “anti-Israel guy.” This essay alone proves that he absolutely is.