With input from dozens of current and former staff, the 10-page document cites “credible and corroborated reports” that members of an “inner circle” at the top of UNRWA have engaged in “abuses of authority for personal gain, to suppress legitimate dissent and to otherwise achieve their personal objectives”.

Part of the report says that UNRWA chief Pierre Krahenbuhl took a “particular interest” in Maria Mohammedi, a former actress whom he quickly promoted to the role of his senior adviser and took on lots of paid vacations, in business class, pretending it was necessary for both of them to fly around the world for 28-29 days a month (expenses charged to UNRWA, of course.) 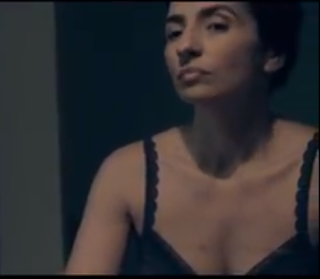 I found the one starring vehicle for Mohammedi, a 2013 “Made in Palestine” film called “Condom Lead.”  The plot for the 15 minute film is thin: a couple can’t get intimate because of bombs outside their apartment. Every time their lovemaking is interrupted, the husband blows up a condom as a balloon.

While there is no dialogue, the “Made in Palestine” and the title which evokes the 2009 Operation Cast Lead makes it clear that this is an anti-Israel movie and not a generalized anti-war movie. The subtext is that Israelis are so evil that attractive Gaza couples can’t even enjoy sex because of the Zionist bombs meant to disrupt all aspects of life.

The pacing of the film is excruciatingly slow. You can use the YouTube controls to watch the film at double speed and you will not miss a moment, saving you a precious 7.5 minutes.

It is a great example of how Palestinian filmmakers use film festivals to spread anti-Israel propaganda in a subtle but unmistakable way.