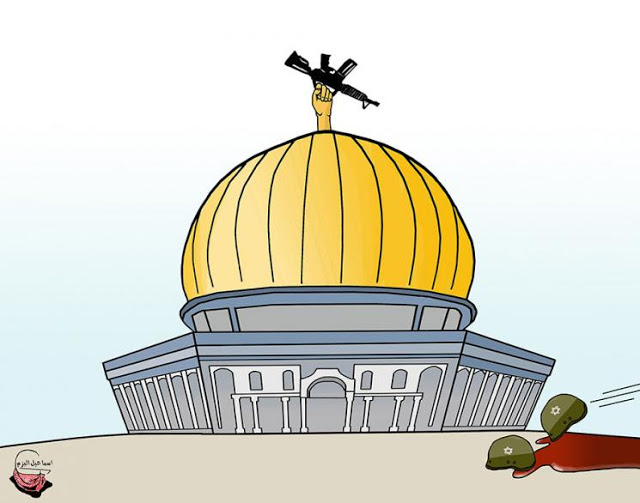 Mahmoud Abbas’ repeated claims of being against violence are shown yet again to be baseless lies. He and his organizations praise and incite the murder of Jews, daily.

Note also that no Muslim seems to have has any problem with using the Dome of the Rock as an illustration for incitement to violence. This is not the first time such imagery was used and I have not once seen any pushback in Arabic-language forums. The “religion of peace” is silent about using its symbols to celebrate and encourage murder.

This would be unthinkable in any other religion.