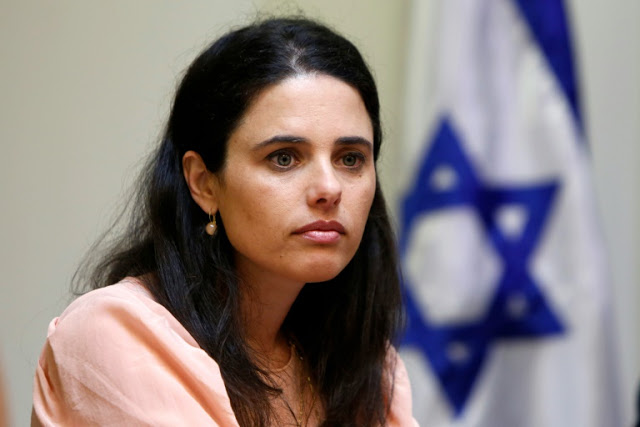 Over the weekend, Haaretz’ major troll Rogel Alpher wrote another of his endless supply of articles that compete with each other for their desire to say something outrageous so he and his paper can gain a little more notoriety.

In this case, he asserted that Justice Minister Ayelet Shaked is literally a fascist, just like Mussolini.


Shaked should not be called a fascist metaphorically, as hyperbole or a provocation. The justice minister, who champions a moral revolution based on giving national missions preference over universal individual rights, is literally a fascist.

Never mind that by his definition every single Arab government, as well as the PA, are far more fascist than Shaked could ever dream to be. One of the main decision making bodies in Mahmoid Abbas’ political party is called a “revolutionary council.”

Facts and context are not Rogel Alpher’s friends.

But right after he wrote that, Shaked said that Israel should allow more Palestinians to have jobs in Israel, not less.

Israeli Justice Minister Ayelet Shaked asserted on Monday that Palestinians living in the West Bank should be able to work easily in Israel where they could replace African migrants in the workforce.

Speaking at the annual international conference held by the International Institute for Counter-Terrorism held in Israel’s coastal city of Herzliya, Shaked affirmed that Palestinians from the West Bank should be commuting daily to take part in Israel’s labor force and be employed in Israeli businesses, which would contribute to coexistence between the two sides and help improve the Palestinian economy.

“It should take an hour for a person living in Jenin,” Shaked said, referring to the West Bank city, “to get to (the central Israeli town) of Kfar Saba.”The justice minister said that the checkpoints Palestinians have to cross in order to enter Israel should be improved.

The international community should also help the Palestinian economy advance and develop, according to Shaked, as economic development could be the key to preventing future acts of terror.

Shaked is not saying anything different than NGOs like Gisha and HRW say. But when she says it, the haters will find a way to twist it into how evil these ideas are; how Israel wants to enslave Palestinians to work for double the wages in the territories or some such nonsense. (More likely they will emphasize Shaked’s desire to reduce the number of illegal African migrants and ignore her statements on Palestinians.)

Reality has a way of ruining anti-Israel propaganda. So the haters must suppress reality at all costs.