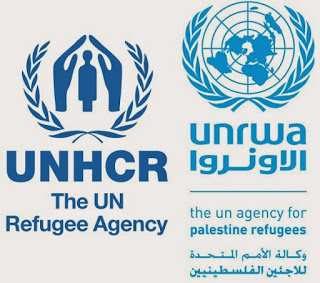 A Palestinian refugee receives a budget four times larger than a Syrian, Iraqi or African refugee, this according to a study conducted by the Abba Eban Institute of International Diplomacy at the Interdisciplinary Center (IDC) in Herzliya.

At the end of last week, UNRWA released its annual financial report, which stated that in 2016 the organization spent an average of $246 for each of the 5.3 million Palestinians it defines as refugees, while UNHCR spent only a quarter of that, $58 per refugee.

In addition, the data show that UNRWA employs some 30,000 people, while the World Refugee Agency, which handles tens of millions worldwide, employs only 10,000 people.

Former Israeli Ambassador to the United Nations Ron Prosor heads the Abba Eban Institute, which formulated a plan of action for structural changes that will improve the treatment of refugees around the world by merging UNRWA into the UNHCR.

“Consolidating the budgets and manpower of both agencies will lead to better treatment of refugees,” Prosor said. “In Jordan, for example, there are 44 clinics that treat refugees from the civil wars in Syria and Iraq, out of 233 clinics that are required for this mission. Alongside them are 25 UNRWA clinics that ignore Syrian refugees and care only for Palestinian refugees.

“Uniting the resources of the two agencies will enable more quality and efficient assistance, and contribute to a solution for what that the UN itself has defined as the most serious refugee crisis in history.”

Prosor will present these results to the UN, which explains why he is calling the people getting aid from UNRWA  “refugees.”

In fact, they aren’t, a fact that is obvious when you consider that no Palestinian Arab has ever successfully applied for and received official asylum from other countries as a refugee from Israel (or “Palestine.”) The few who have received asylum get that status because they are fleeing persecution by Syria or Hamas, not Israel.

So in reality it isn’t that Palestinian refugees are getting quadruple the aid per capita, and about 30 times the manpower per capita, as other refugees.

The real story is that fake refugees are taking aid money away from real refugees.

Because only the fake refugees can claim that Jews are their persecutors. If it wasn’t the Jewish state that was being blamed for the fake refugee problem, there wouldn’t be an issue, and these people would have integrated into their surrounding Arab nations quietly and effectively decades ago.

Prosor is trying to do something noble but as long as the truth is being hidden, nothing can really be done. UNRWA should be dismantled but it must be done with honesty. Everyone knows the truth about Palestinian “refugees” but no one is willing to say it out loud.