Every week or two, Iran trots out another official to say the exact same thing. 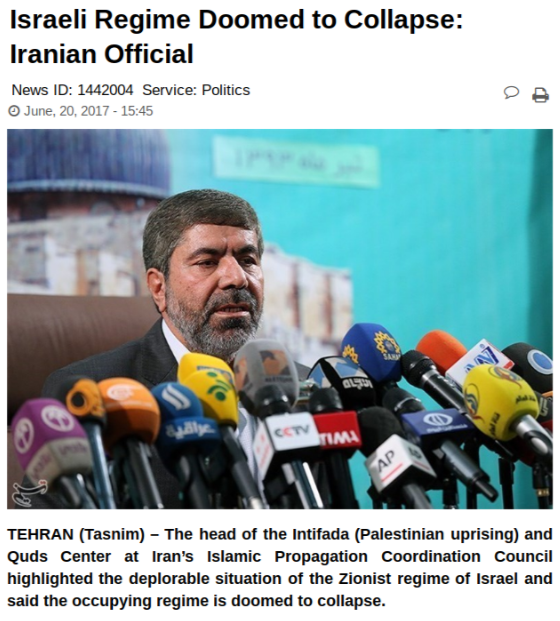 Israel as about 1/10th the population of Iran, but Israel’s GDP is about 70% as large as Iran’s.

But I’m sure that this official has some good facts to back his statements up:

“It has been 80 years since Palestine was occupied and separated from Muslim lands through the plots hatched by the US, Britain, and Zionists,” Ramezan Sharif said in a press conference in Tehran on Tuesday.
He further emphasized that the Israeli regime is currently in the worst conditions it has ever been during the past 80 years.
Today, the Zionists not only have forgotten their expansionist plans but also have been forced to build walls around the occupied lands, the Iranian official said, adding that “their fate would be nothing but collapse.”

There ya go. Everyone knows that the two blue lines on the Israeli flag are meant to be the Euphrates and the Nile, symbolizing Israel’s expansionist plans to take over the Middle East.

But now – those plans seem to be abandoned!