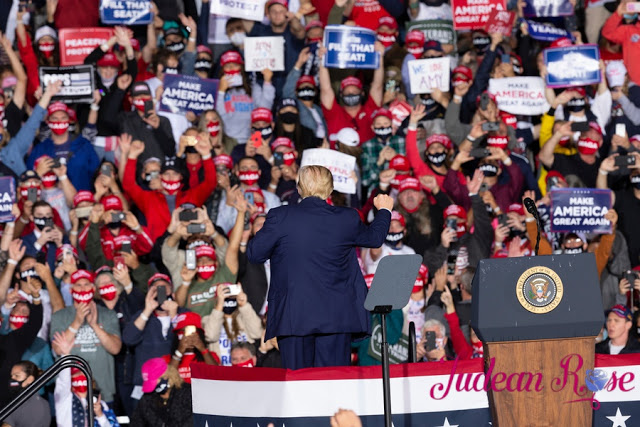 President Donald Trump, if you believe the media spin, is the most reviled person ever walk the earth. A search for “Trump” in Google News overwhelmingly generates negative headlines. A more nuanced search, however, suggests that voter enthusiasm is for Trump, while the response to the Biden Harris ticket is somewhere between lackluster and nonexistent.

Here are the first seven results generated in a search I did for “Trump” on October 13, 2020, all negative: 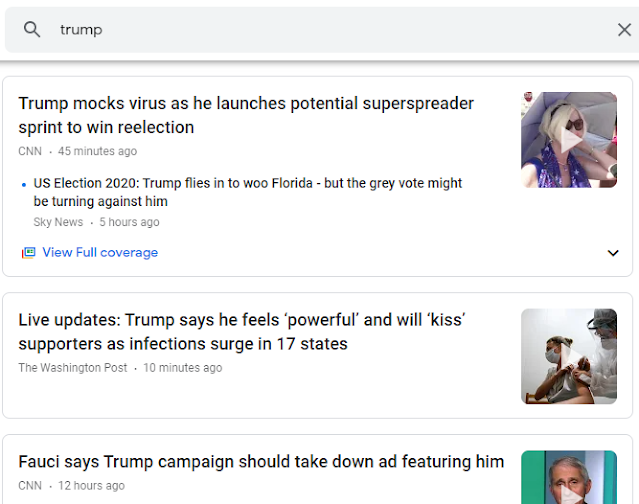 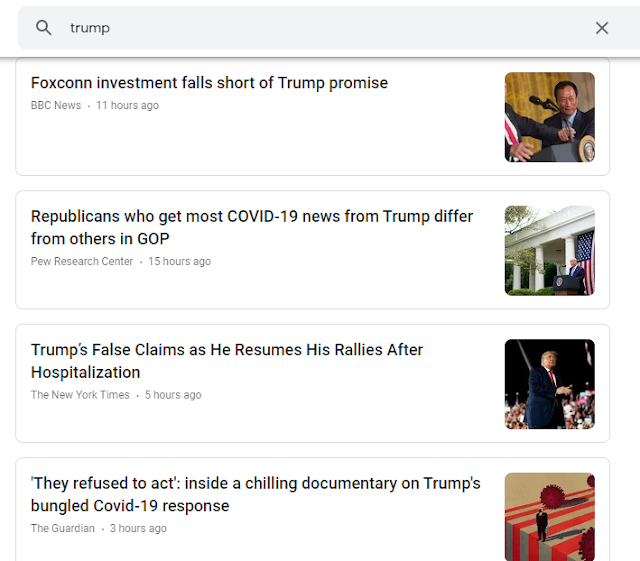 I next turned to some work-related research on the creative use of cars during the pandemic. Here, too, the election figured large in the search results. It seems that cars in the 2020 election cycle have been enlisted as a safe way for people to rally for their preferred presidential candidates while adhering to social distancing standards. But this time, when I did my search, the shoe was on the other foot. The search results were mostly positive, and they were mostly about Trump. 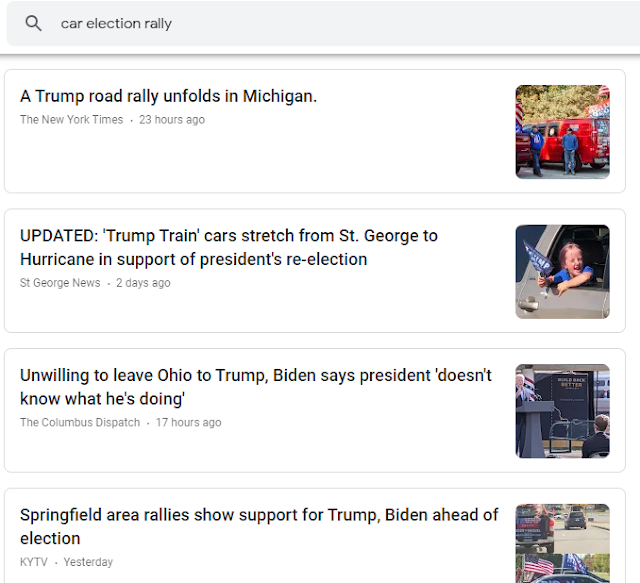 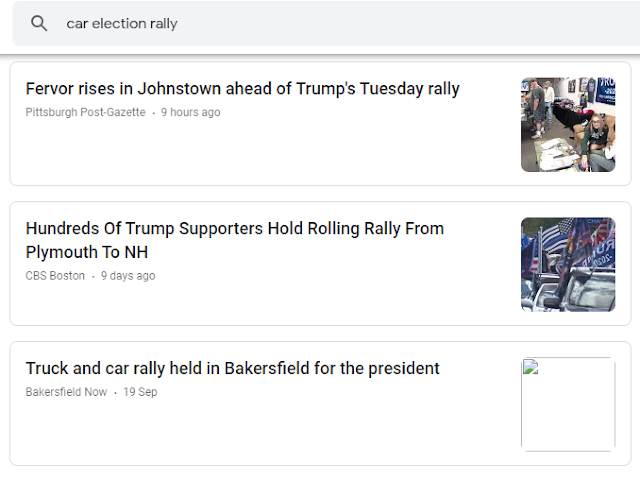 The rallies with the largest, most enthusiastic turnouts were clearly for Trump. Similar rallies held for Biden, by contrast, yielded fewer attendees, and sometimes none, as happened in the battleground state of Arizona.

Biden and Harris hold a campaign event in Arizona and the local news can’t believe that not one supporter showed up! pic.twitter.com/JKj0fPi6Jj

Only one week earlier, an Arizona rally with Vice President Pence drew a large crowd:

Here is a view of the crowd and line as we are a few minutes from the Vice President Pence’s arrival. #12News pic.twitter.com/kb96IdeK8A

Here’s a tweet from Jenna Ellis, senior legal adviser for the Trump campaign, noting that the crowds turned out to see her and other lesser Trump campaign figures, including Trump Campaign Director of Strategic Communications Marc Lotter, and Senior Trump Campaign Adviser John Pence, compared to NO people, whatsoever, turning up to see presidential candidate Joe Biden himself, in the flesh.

A drive-in event in Toledo, at which Biden spoke, appeared to have just six Biden supporters in attendance, sitting in their cars.

.@JoeBiden brings his economic message to Toledo, Ohio where how main message besides selling his “Build Back Better” plan to union members gathered at the drive-in is promising to never turn his back on them like Pres. Trump has in the last several years. pic.twitter.com/P9UrRCVcaa

There were more Trump supporters in attendance than Biden supporters.

Trump rallies, it is clear, generate large cheering crowds. Biden rallies, by comparison, are poorly attended. Hundreds of cars decorated with American flags, Make American Great Again signs, and Trump posters, for example, made up a rolling caravan that ran all the way from Plymouth, Massachusetts to Nashua, New Hampshire.

A Vietnamese family decking out their van with Trump posters and flags. Apparently there’s a contest to see who has the most swagged out car.

Rally goers say they’re not here to change people’s views—just to voice their support for the President. #WBZ pic.twitter.com/glBGnHbNrV

By contrast, 70 cars came out for Biden in Des Moines, in September.

In the Little Havana neighborhood of Miami, some said as many as 30,000 cars took part in a Trump rally on October 10, waving American and Cuban flags. There were so many cars that police officers had to come direct traffic. Biden may think the Latino community is incredibly diverse, but they appear to have a single-minded preference for Trump.

The same day the “incredibly diverse” were cheering for Trump in Miami, a “Trump Train” made of cars took over an oversized parking lot in St. George, Utah, before setting out in support of President Trump. This time, hundreds of people lined the streets for blocks, straining for a glimpse of the event, already an hour before it was slated to begin. The crowds had put aside the danger of contagion in favor of showing support for their favored presidential candidate, Donald J. Trump. People said the “train” of cars seemed to go on forever.

The mainstream media has left no doubt as to what it thinks you ought to think about Trump. You should hate him with every fiber of your being, and do everything you can to make him lose the election. For the media, it’s not about generating love for Biden and his running mate Kamala Harris. Especially since neither of them are especially loveable. Instead, this election cycle has been all about hate—in particular, about hating President Trump.

The good news is that it’s not working. People would rather love than hate, especially when the object of that feeling is the holder of the highest office in the land, the president of the United States. The people have made their choice and they choose veneration over hate. So the crowds turn out for Trump. And they turn out with enthusiasm.

This, of course, is good news for Israel, where an October 12 poll found that 63.3% of Israelis favor Trump over Joe Biden for president. Maybe this has to do with the way Biden upbraided two Israeli prime ministers. Or maybe it’s because Biden plans to reinstate the JCPOA. What we know for sure: Israel won’t be naming any city squares or neighborhoods for Joe Biden Jr., at any near point in time, and probably not ever. Because Joe Biden hasn’t shown much love for Israel. And like the people of America ignoring the hate-filled spin of the media in favor of flocking to those rallies for Trump, Israelis choose love over hate.

Joe Biden is no friend to Israel, which means he’s no friend to the Jews, which is why Israelis are glad that when it comes to presidents, Americans would rather choose love over hate.