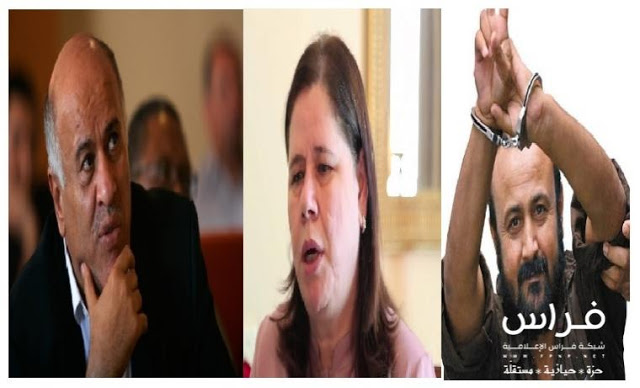 Firas Press, which a dissident Fatah-oriented news site that supports Mohammad Dahlan against Mahmoud Abbas, reports on a contentious meeting of the Fatah Revolutionary Council that reveals some infighting in the Fatah party which never gets reported.

According to the report, Abbas loyalist Jibril Rajoub broke into the meeting uninvited as 40 members of the Revolutionary Council was discussing Mahmoud Abbas’ decision to dismiss the minister of prisoners affairs Issa Qaraqa. Rajoub insisted on the right to speak and defended Abbas, and the attacked a number of other Fatah leaders including Marwan Barghouti, the popular terrorist now serving a life sentence in Israeli prison.

Jajoub accused Barghouti of starting a prisoner hunger strike in 2017 to hurt Abbas’ popularity, saying that the hunger strike was a “coup” against Abbas.

That is sort of unhinged.

Rajoub then attacked some other popular younger Fatah leaders who Abbas considers a threat, like Issa Qaraqa and Qaddura Fares, saying that they were corrupt.

The other members of the Revolutionary Council forced Rajoub to stop his diatribe.

Barghouti’s wife Fadwa,  a lawyer and also a member of the Council, responded to Rajoub’s attacks and said that her husband’s hunger strike was always only against Israel, and that Rajoub was collaborating with the Israeli Prison Service to break the will of their heroic prisoners. She said that his attacks on Qaraqa and Fares were because they defended the prisoners’ hunger strike.

She said if anyone should be investigated for corruption, it is Jibril Rajoub, especially his “shameful relations with women.”

All of this is juicy political theater, and in a free society it would be all over the headlines of the newspapers rather than in the tabloid-style and little-read Firas Press. It is simply not reported in the West how Abbas holds a near-stranglehold on Palestinian media in the West Bank.

This episode also shines a light on how even Fatah can’t get it’s own act together, let alone make peace with other factions. The idea that such a dysfunctional party could or would make real peace with Israel is laughable.