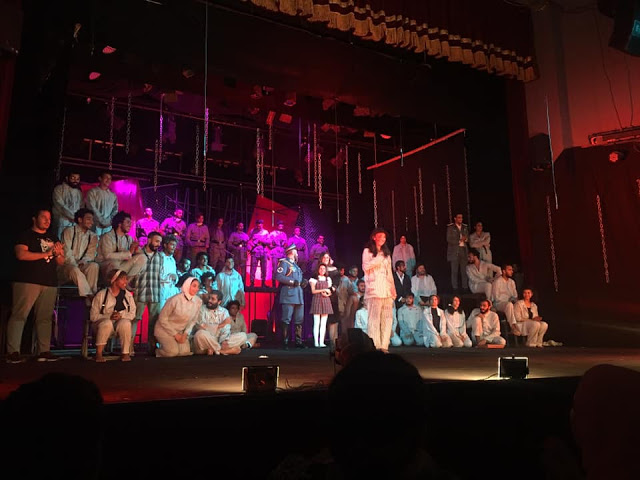 Elaph reports that a theatrical performance by the Cairo-based Commerce Faculty Theater Theater, entitled “Sobibor,” has caused a storm of controversy among Egyptians, particularly in their cultural and artistic community.

There were brawls and clashes between the audience and some members of the theater team, which occurred during the National Theater Festival with the jury and critics looking on during the Wednesday performance.

During the show, there were verbal altercations between the audience and members of the theater group  because of what members of the audience considered “bias in favor of Israel,” and echoing the Jewish narrative about the Holocaust, “while the Israelis are practicing the same methods against the Palestinians.”

The show defended Jewish victims of the Holocaust and called for sympathy for them regardless of their religious affiliation. This was apparently way too much for many in the audience.

If any more proof is needed that Arab anti-Zionism is antisemitism….

Critic Omnia Talaat accused the play of “defending Zionism, and trying to sabotage the minds of young people.”  She added that “Sobibor falsifies history and is begging for sympathy for the Jews of the Holocaust.”