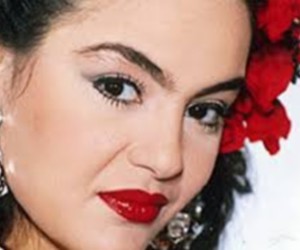 An Egyptian actress known as Sherihan tweeted with the Arabic hashtag “Israel Burns” a Quranic verse that claims that Jews say that God’s hands are tied and He can’t help them.

I found a fatwa page where someone asked the imam that he has a friend who is Jewish and he says that all of the things that the Quran says about Jews is simply not true, including this verse:

A Jewish person is asking me about the Qur’an and saying: “We do not believe that ‘Uzayr [Ezra] the Prophet of God is the son of God, and there is no text that says that. We do not say that the hand of God is tied up, and we do not say that we are the sons of God or His loved ones.” And he does not believe in the Qur’an for this reason. I hope that you could please resolve this confusion. He is demanding proofs and says that these are mere fabricated claims against them.

The answer is long and convoluted, but most of it can be summed up by this brilliant introduction:

If that Jewish person were to give a little thought to the matters that he is confused about, he would realise that his problem stems from his arrogance and from his ignorance of his own religion and history, and his ignorance of the laws of God, may He be exalted. If what Allah, may He be exalted, said about his Jewish forefathers was not true, then those forefathers would have been quick to disbelieve the Prophet (blessings and peace of Allah be upon him) and to criticise the Qur’an for saying things that were not true about the beliefs and views of his Jewish forefathers. But that did not happen. This is indicative of the ignorance of this objector, and shows that he is simply speaking of something of which he has no knowledge. His forefathers would not have wasted this precious opportunity, if Allah, may He be exalted, had said something about them that was not part of their views and beliefs!

Of course, the Jews did object to Mohammed. An elderly Jewish poet wrote a stinging verse insulting Mohammed – and Mohammed had him assassinated. Other Jews objected to Mohammed’s changing the Torah, saying for example that Abraham bound Ishmael and that he built the Kaaba in Mecca. Mohammed, insulted,created pretexts to kill those Jews. All this is in Islamic teachings themselves.

But if they want to claim that the lack of objections is considered proof of belief, then by that standard the entire Muslim world fully supports terrorism against Jewish women and children, since they do not object when it happens. And, by that same Islamic standard, all Muslims must pay for their obvious support of violence.

See how easy that is?