Youm7 (Seventh Day) is one of Egypt’s most popular newspaper sites and one of the top 300 Internet sites worldwide, with roughly the same world rank as Buzzfeed. 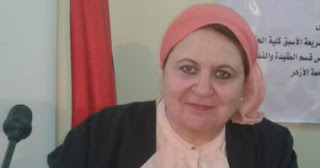 Over the weekend it published an astonishingly antisemitic story, written by Dr. Huda Darwish, Professor of Comparative Religion, Zagazig University.


The Jews have been known to deal with usury, bribery, the creation of lies, creating division among nations, the provision of false and misleading information to the peoples, and the swaying of hearts and minds.

Our purpose in writing these lines is to reveal the root of the Jewish personality, which accepts subterfuge in all its meanings and types – whether religious, political, economic or social – by following all means of camouflage and concealment to achieve its purposes.

It gets worse. Jews who were forced to convert or die by both Christians and Muslims are characterized as having infiltrated these religions in order to destroy them from inside. For example:

In the course of the ages, Jewish sects have become assimilated to other faiths, whether forced, coercive or voluntary. These sects adopted secret methods that were vague enough as to reach the practice of worship of other religions openly, while their rituals were held secretly and hidden away from the eyes. These include New Christians who lived in Europe on the Iberian Peninsula since the 15th century, and the Dounma or Sabbatean sects of Asia who lived east in Turkey since the 17th century.

The Marranos, with their commercial investments, formed pressure groups on the peoples of those countries, where they managed to infiltrate into the ranks of the monks, adding intolerance to Christianity. The Jewish rabbis succeeded in converting to Christianity and held positions as supreme preachers in the state, such as popes, priests, baptists and members of the Inquisition, to sentence to imprisonment, murder and burn the accused Jews for the preservation of their property.

Thus, the Jewish penetration in Spain and Portugal was led by the ingenuity of the Jews in the disposition of money and speculation. They were the money changers, the financiers and the owners of the financial and commercial houses. They represented the vanguard of liberalism groups in the world in order to elevate the individual at the expense of the state.

The professor goes on to say that Sabbatean Jews also infiltrated Ottoman society and Muslim sects like Sufi and took major positions while practicing Judaism in secret.

To this day, many individuals belonging to the Marranos and Donna sects continue to live hidden among the peoples of the earth, infiltrating them with deceit and hypocrisy, as if they do not constitute a danger among them, in order to enable Zionism, to undermine Christian and Islamic sanctities, to build the Greater State of Israel and to achieve glory Of the Jewish people in the land and the west.

This is pure antisemitism, in one of the world’s most popular websites.

Western media and human rights groups, as always, remain silent. Because while they all claim to be against antisemitism, when actual Arab and Muslim antisemitism shouts out to them “Look at me! I’m proud to hate Jews!” they look the other way.