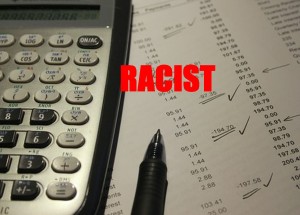 Jerusalem, September 13 – In an effort to keep Israeli educational practices on pace with standards elsewhere in the developed world, the Ministry of Education will direct schools to replace the current outdated system of assigning grades based on student academic achievement with a more relevant approach that assesses only the level of a student’s racism.
Ministry Deputy Director for Academic Standards Lee Berl  announced today that beginning with the 2018-2019 academic year, teachers will be instructed to assess each student’s level of racism at several points during the academic term, and only those students whose racism remains lower than a certain threshold will advance to the next grade, or be permitted to graduate.
Berl informed school principals and teacher representatives today of the impending change, which will require her division to complete the formulation of a system to evaluate racism in 5-18-year-olds. Ministry staff voiced confidence they would meet the challenge.
“We’re a diverse group, and that’s what important,” insisted Ayam Woak, a district inspector. “The question is not whether we will meet the specific criteria of rolling out the grading reform by a target date, but how inclusive are we? the sooner we let go of divisive and, let’s face it, Eurocentrist, imperialist concepts such as ‘grades’ and ‘achievement,’ the happier we will be.”
“Academic scores might serve some purpose, but only insofar as no one’s feelings get hurt as a result,” added Tala Rint, a high school curriculum supervisor. “That’s why a subsequent phase of the grading reform calls for the elimination of certain problematic subjects from the classroom entirely. Western civilization, for example, will only be taught through the lens of populations that suffered at the hands of Europeans or Americans, and never on its own terms. Biology will be considered only from a gender-fluid perspective.”
“We cannot eliminate hurt feelings entirely,” continued Berl. “But we can do our best to restrict hurt feelings to populations that are OK to hurt, such as Ashkenazi males, for example. Come to think of it, that’s the only population it’s OK to hurt. And that will be reflected in the way the racism assessments are conducted, with members of marginalized populations given much more lenient treatment than oppressor groups. Can you imagine having the same standard of racism applied to everyone, as if they’re equal? I shudder to consider assigning the same racism score to an Arab and an Asheknazi male who perform an identical action.”