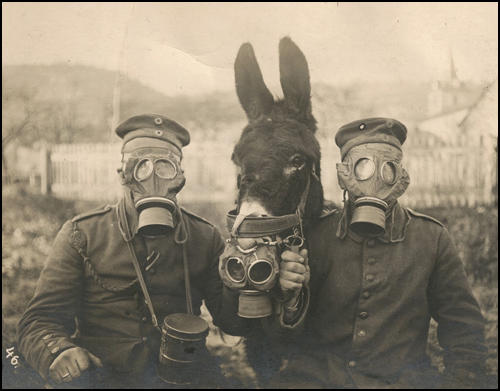 In 1977,  Jordan ratified the 1925  “Protocol for the Prohibition of the Use of Asphyxiating, Poisonous or Other Gases, and of Bacteriological Methods of Warfare.” But it added a curious and perhaps sickening reservation:

Reservation made on accession:

Accession by Jordan does not compel it to conclude with Israel any of the arrangements mentioned in the Protocol. Jordan commits itself to the respect of the obligations contained in the Protocol towards States which do likewise. Jordan undertakes no commitment toward States whose regular or irregular armed forces do not observe the provisions of the Protocol.

It sure sounds like Jordan was saying two things:
1) The Protocol is only between High Contracting Parties, and since it did not recognize Israel as one of them, it was not obligated to refrain from using poison gas or biological weapons against Israel.
2) If it accuses Israel of using such weapons, for example by claiming as Mahmoud Abbas once did that Israel might poison the water supply of Palestinians, then that is an additional reason why Jordan would claim to be justified in using poison gas against Israel.
A further question can be asked: since Jordan’s peace treaty with Israel, does this reservation on the prohibition of poison gas still apply, or does Jordan have to explicitly remove it from the record? As of this time, Jordan’s reservation is still documented by the ICRC without any further comment. And Jordan’s reservation saying that it doesn’t apply to Israel is not conditional.
So Jordan may believe it has the legal right to use chemical WMDs against Israel – today.
(h/t Irene)