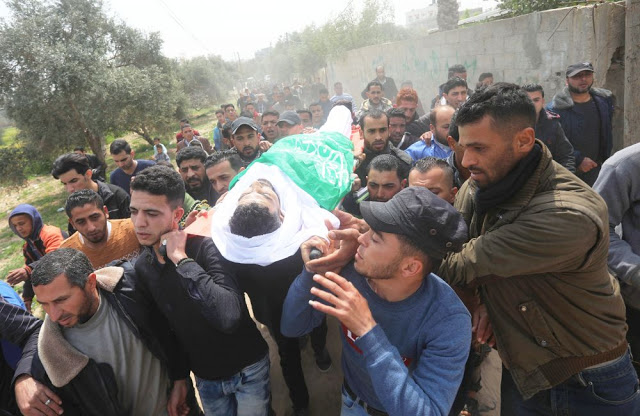 Two people were killed in the weekly Gaza riots on Friday. We already discussed that one of them was a member of Islamic Jihad.

What about the other?

Nidal ‘Abdel Karim Ahmed Shatat was killed with a bullet to the heart as he was close to the border fence. According to Felesteen, he was an enthusiastic participant in all Hamas-orchestrated border events (and indeed his body was wrapped in a Hamas flag, indicating that he had some ties to that terror group.)

Nidal told his father not to participate in the march because he had family that needs him and he wanted him to be safe. But Nidal had his own children, a six month old boy and a seven year old girl. So why did this reportedly sensitive young man go to what he himself clearly considered  dangerous place when he had children of his own?

It turns out that Nidal had not seen his children for several months because of some sort of family dispute.

Imagine how it would feel to be separated from your own newborn son!

Nidal was depressed and wanted to become a martyr so that he wouldn’t feel like a loser. He seems to have deliberately provoked the IDF, perhaps by charging the fence.

The same article says that hi mother told people not to cry but to distribute candy to commemorate his death.