Even though the news has been full of stories about how the Gulf countries have been putting out signals of friendliness towards Israel and Jews, antisemitism is still quite a part of life.

The official Saudi news agency Okaz has an article attacking Turkish president Recep Tayyip Erdoğan.  The two main charges against him are that he is friendly to Israel – and he is supposedly Jewish:

• Who is Recep Tayyip Erdogan?
• According to the book “Sons of Moses” by Turkish writer Ergün Poyraz, Erdogan is of Jewish origin. This author Y. Küçük confirmed in a television interview with “Oda TV,” that Erdogan’s lineage comes from the Jews, and that 3 of the most important pillars of his government are Khazars.

Erdogan’s enemies have been claiming this for years – see one example below –  but if someone calls you “Jewish” to insult you, you can be sure that they are antisemitic. 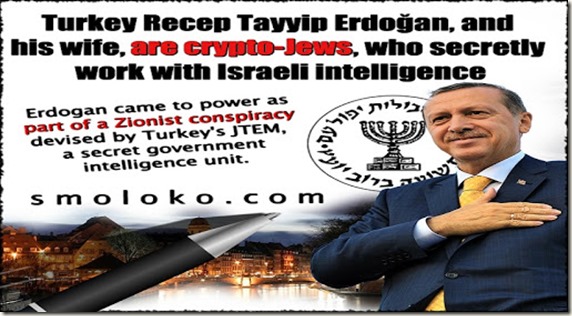