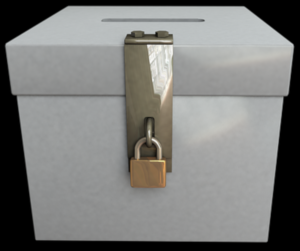 Ramallah, November 5 – The President of the Palestinian Authority believes public opinion surveys showing the deep unpopularity of him personally and of his governing faction among Palestinians, even though the field demonstrated serious shortcomings in the last two US presidential contests, failing to paint an accurate picture of the situation. As such, aides disclosed, he will not announce a vote anytime soon, if at all, as his administration approaches the seventeenth year of its four-year term.

Nabil Sha’ath, adviser to Mahmoud Abbas, informed journalists Thursday that while the polling industry has it problems, the president nevertheless gives surveys of Palestinians enough credence to refrain from allowing his constituency any say in who gets to lead them, for the foreseeable future.

“Nate Silver, Qunnipiac, and all the others certainly need to get their houses in order,” acknowledged Sha’ath in a series of telephone interviews. “It’s unacceptable that both this year and four years ago, the so-called experts got so much wrong. Relying on them going forward will prove a shaky proposition. The thing is, while the accuracy of the art and science of polling might fall into question, they haven’t been off by such an order of magnitude that we can disregard their findings altogether. Bottom line, no elections for the time being. In that respect the will of the people is dangerous to our careers, so we can’t afford to let the will of the people be expressed at the moment. Or ever again.”

Abbas won election as President of the Palestinian Authority in January 2005, following the death of the previous officeholder, his mentor the iconic Yasser Arafat. Parliamentary elections occurred the following year; neither type of contest has been held since. Abbas’s popularity has never approached that of his predecessor, and his Fatah faction also faces a surging Islamist rival in the Hamas movement, which favors armed conflict, not compromise, with Israel. Presidential confidant and former peace negotiator Saeb Erekat cautioned that expert analysis has often proved wide of the mark, but that does not mean ignoring the experts is a wise move.

“The experts also predicted the Arab street would explode in response to every move Trump made in the Middle East,” he observed. “They explained that no progress in this region could occur, no normalization with Israel, without resolution of the Palestinian issue. The events of the last several years – the Jerusalem embassy move, the pronouncement on the legality of Israeli settlements, the recognition of Israeli Golan annexation, the hard line on Iran, the Abraham Accords, you name it – the collective Arab shrug, even endorsement, in response to all those things gave the lie to the experts’ learned opinions. But we’re still not going to tempt fate on this one.