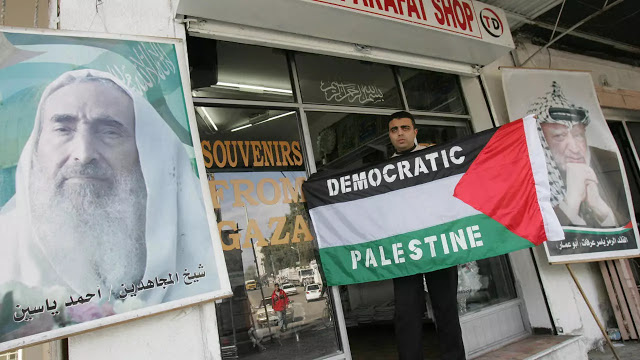 US Secretary of State Mike Pompeo said that the Palestinians need to choose a leadership willing to hold a dialogue for peace in a recent interview on Fox News.

Fatah Media Office head Munir al-Jaghoub responded angrily, saying “When will you realize that our people choose its leadership and that Palestine, although it is a state under occupation, is not one of the banana republics? “
The people choose their leadership? Since when? The last elections were in 2006. Since then, elections have been promised in 2014, 2018, 2019, and now 2021.
This is deceptive, though. The Palestinian Authority does not serve the people. It reports to the PLO, whose leadership has never been elected.
And even if elections are held in 2021, what choice will the Palestinians have? According to Al Quds al al Arabi, Hamas and Fatah are negotiating running as a joint list – meaning that the people will have no choice at all, and the government will be negotiated between the two parties without the people having the slightest say.
The world likes to pretend a Palestinian state would be a liberal democracy. All available evidence shows it would be a brutal dictatorship.
The “pro-Palestinian” crowd doesn’t seem too concerned.