The official Fatah Facebook page published an unintentionally hilarious post about the elections of the Fatah Central Committee held on Saturday:

After casting his ballot in the election of the Fatah movement, President Mahmoud Abbas said, “The electoral process is moving properly without problems, and it is a democracy by all standards and the world can see that the process is completely transparent.”

I’m sure that the vote count will be reasonably accurate. After all, Abbas spent the weeks before the Fatah conference kicking out hundreds of members of Fatah who have been critical of him and banning them from the conference.

The only people left to vote are his loyalists.

Here’s a photo of the vote-counting headquarters in Ramallah: 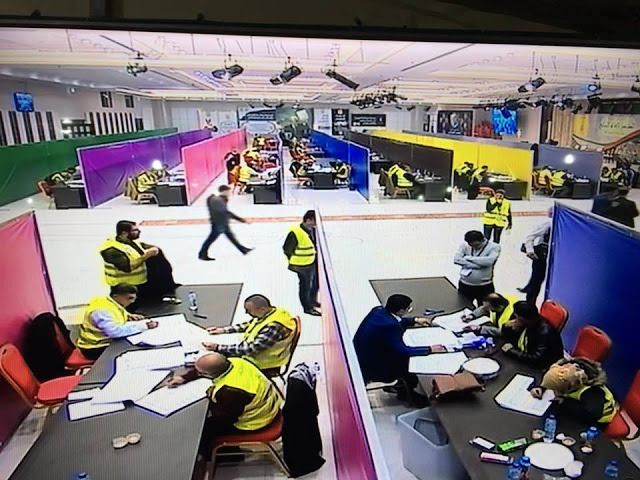 And here is a detail of how they are counting the votes, in a post that Fatah ended up removing, possibly because it showed results that they did not want to publicize. (Or maybe because the fifth entry in the left side photo appears to show a “29” next to 27 hashes.) 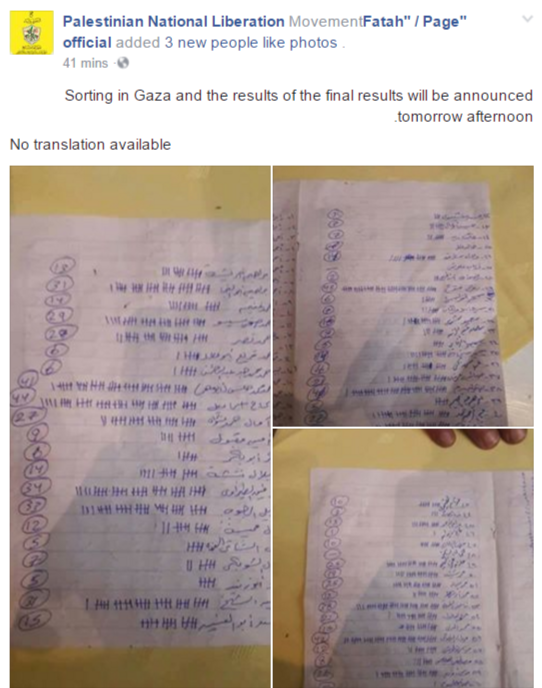 Not a single computer is visible in the photo above.

People are tallying votes with pens and hash marks.