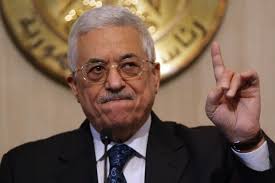 
The fresh violence came a day after the U.N. General Assembly resolution denouncing Trump’s decision. However, the number of Palestinians who answered a call to the colors and participated in a “day of rage” over Trump’s declaration was lower than expected, with a total of only about 4,000 protesters counted in the Gaza Strip and Judea and Samaria.
The Palestinians are reportedly disappointed at the low numbers of protesters, which is dropping weekly. One senior Palestinian Authority official told Israel Hayom that “the fact that the Palestinian public remains apathetic is worrying, and mostly infuriating. This is a failure by the Palestinian leadership.”

Israel Hayom’s Hebrew edition adds that Jordan, Egypt and Saudi Arabia are upset at how the Palestinian leadership has handled the Jerusalem issue. They were not enthusiastic about the Istanbul conference where Turkey and Iran dominated the discussion, and they fear that Abbas’ rhetoric that the entire Arab world would ignite over the issue has been shown to be false, making him look like a fool.

Jordan in particular is upset because it feels that it has a special responsibility towards Jerusalem and Abbas’ reaction, such as to try to isolate the US at the UN, could backfire for Jordan’s efforts to be relevant in the holy city.

As a result, the three countries have established a commission together with the Palestinians in the Arab League on a more reasonable response to the Trump declaration, as the Palestinian strategy is imploding. Their public statements that they would not meet with Vice President Pence also hurt their cause, according to this article, as the Americans were reported to have reacted angrily.

The victories at the UN are symbolic, and the Arabs are much more concerned thatthe tepid Arab reaction to the Trump declaration might cause the issue to backfire on them, prompting other countries to move  their embassies to Jerusalem as well. Guatemala already announced this and Romania is considering it.