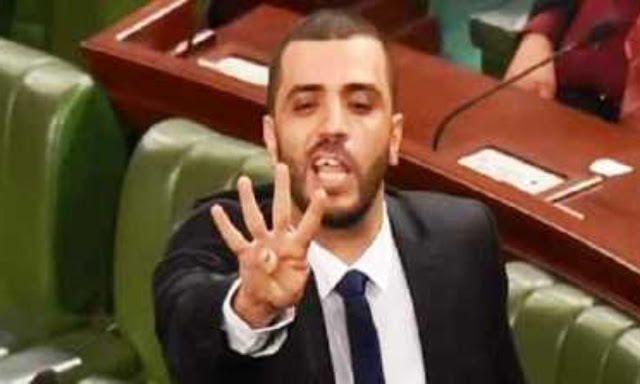 On Friday, a jihadist in France beheaded a teacher, Samuel Paty, who showed his class the Mohammed cartoons that caused controversy (and murder) when published a few years back.

In Tunisia, a member of Parliament, Rached Khiari, wrote a post on Facebook seemingly agreeing with the murder.
He wrote, “Offending the Messenger of Allah, peace and blessings be upon him, is the greatest crime, and whoever performs it bears the consequences whether they are a state, group or individual.”
Immediately, Khiari attracted critics – and supporters.
The spokesperson for the Tunis court of first instance, Mohsen Dali, announced that the prosecutor has launched an investigation into the post, saying that the post is comparable to a terrorist act, in accordance with the Tunisian anti-terrorist law, since it constitutes a justification for terrorism.
A TV channel canceled a planned appearance by Khiari on Sunday.
On the other hand, other prominent people and media came to Khiari’s defense. Islamist media said that the critics were all trying to make themselves look good to the French.
Professor and lawyer Hanan Al-Khumairi denounced the media campaign against Khiari and supported his statements, claiming that they did not glorify the killing.
Khiari doubled down in Facebook, writing that “I may give up immunity and parliament, but I will not give up on my condemnation of the crime of offending the Messenger of Allah Muhammad peace and blessings be upon him. Muhammad is the Messenger of Allah more important and greater than glory, parliament, politics and the whole world.”