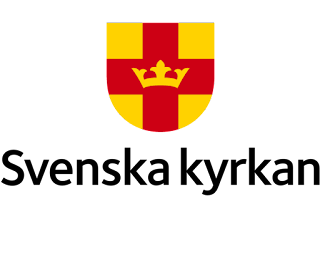 Last week, the Church of Sweden held a meeting where it agreed to a motion that it should investigate whether Israel is an apartheid state.
No other countries are being scrutinized for any other crimes.
Mathias Bred writes in Göteborgs Posten:

Just in time for Advent , we are reminded of the anti-Semitic tendencies in the Church of Sweden. The church meeting last week approved a proposal from the church board member Daniel Tisell (C), Gothenburg diocese, where the church scrutinizes whether Israel is an apartheid state.
One may wonder why a religious community should investigate other countries. Will the Church of Sweden then continue to investigate China, Venezuela or any of the Arab dictatorships in the same region as Israel?
Of course it will not. As several debaters at the church meeting pointed out, this is a one-sided fixation on Israel.
It is about a form of anti-Semitism. Trying to describe Israel as a racist state and demanding that the country be treated differently from other democracies are among the definitions of modern anti-Semitism that the International Holocaust Remembrance Alliance, IHRA, has developed, and which Sweden has supported.

And here’s the kicker:

Two days after the decision to investigate apartheid in Israel, the same church council rejected a motion from the Christian Democrats that the church should pay attention to Holocaust Remembrance Day. The Social Democrats were against the proposal.

The Church is trying to defend itself, saying that it isn’t accusing Israel of apartheid, but it merely raising the issue. I suppose the Church wouldn’t mind if a group in, say, Canada raises the issue of child molestation in the Church of Sweden – and only the Church of Sweden (which indeed has a history of being soft sexual abuse of children by clergy.)

Archbishop Antje Jackelén wrote an open letter to the Jewish community insisting that the Church really is against antisemitism, but, hey, Human Rights Watch and B’Tselem do say Israel is guilty of apartheid, so it is really so bad to investigate this?

I myself would not have used the word [apartheid] in this context. But I am also aware that Israeli and other human rights organizations such as B’Tselem, Yesh Din and Human Rights Watch have used the term in their reports. As far as I understand, the church council has relied on these reports and therefore found it relevant to also include the UN Apartheid Convention and the Rome Statute with regard to compliance with international law. The decision also raises the issue of an examination of how the Palestinian Authority and Hamas live up to international law. Although I think the wording is unfortunate, it is clear to me that the church council’s decision is in no way directed at Jews as a people, either in Sweden or Israel, nor at the state of Israel.

Oh, so it is clear to him that singling out the Jewish state as the only nation in the world that needs investigating whether it is guilty of the worst racist crimes is not at all directed at the State of Israel.
Jews in Sweden must feel so much better that the archbishop sees nothing wrong!
(h/t Michal H)