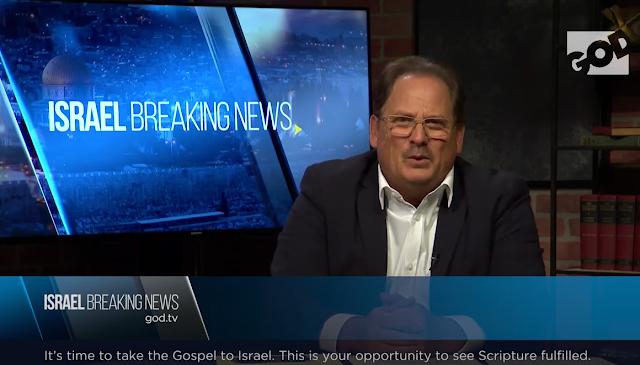 Jews have been extremely sensitive to Christian proselytization since Christianity started. There are a number of good reasons for this, not the least being that it was often accompanied with a harsh choice of being expelled or killed if we don’t “choose” Christianity. 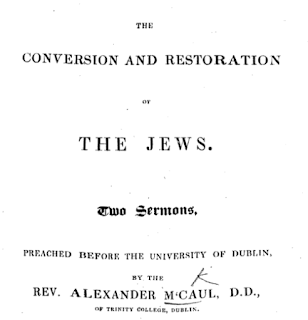 More recent attempts by Christians to proselytize to Jews came in the 19th century, as a type of proto-Zionism emerged to encourage Jews to emigrate to Israel as a way to hurry along the end-times, where they would be slaughtered ahead of the arrival of the Christian messiah. There were scores of lectures and books from England and the United States on the “conversion and restoration of the Jews” to Israel.

In recent decades the proselytizers began a campaign creating completely new movements specifically to fool Jews into thinking that Christianity is just another form of Judaism, with names of groups like “Jews for Jesus” and “Messianic Judaism.” Ignorant Jews fell for the deception as these charlatans hijacked Jewish symbols and rituals to attract Jews, often staying away from using the word “Jesus” until the Jews already bought into the Christian message of salvation by embracing their god.

At its root, the entire idea of proselytization is antisemitic. After all, the entire point is that Jewish teachings are wrong and Christianity has supplanted Israel. Millions of Jews were martyred for defending their faith and the implication of the proselytizers is that they either died for no reason or, at worst, they deserved it for rejecting Christian teachings. This is profoundly offensive.

As a result of millennia of being cajoled, prodded, intimidated, fooled or forced into embracing a religion that is utterly incompatible with Judaism, Jews are understandably sickened by modern attempts to convert Jews. It took Vatican II for the church to say that Jews were not responsible for killing Jesus and to reject the antisemitism that underlied centuries of persecution and forced conversions, and only in comparatively recent times have major Christian denominations started to say that Jews have a place in Heaven without conversion. In 2011, the Pope explicitly wrote that the Church should not try to convert the Jews anymore.

As this new attitude started spreading, Jews started slowly accepting the idea that some Christians could be Zionist without an agenda of trying to set up an End Times scenario. The new, improved relations between Jews and Christians have taken a while to be accepted by Jews as being heartfelt, but over time Jews have felt more comfortable working together with Christians without the horrible history of Christian antisemitism being recalled.

Which is why this new channel from “GodTV” that somehow was allowed to be put on Israeli cable TV is such a punch in the gut.

Today we made history! For the first time ever, a Messianic television channel is broadcasting the Gospel across Israel in the Hebrew language! At 13:00 Israel time, Shelanu TV launched in Israel. And the mission field in Israel will never be the same again.

Shelanu translates to ‘Ours’ in Hebrew. We want every person in Israel to know, not a foreign Messiah, but a Jewish one! His name is Yeshua and He has not forgotten His people.

Shelanu TV has signed a seven-year contract with HOT Cable, the largest cable network in Israel reaching both Jews and Arabs. It will present new and original programming from local congregations on the ground in Israel. Additionally, international Messianic voices will share powerful real-life testimonies of Israelis who have come to know Yeshua as Messiah.

Notice that this press release avoids using the word Jesus. They make no secret that they want to convert Jews – and they want to do it in Israel.

And it appears that they hid that fact from the Israeli cable company HOT:

Asked for comment, a spokeswoman for HOT said: “It [Shelanu TV] is an independent Christian channel, similar to other religious channels broadcast in Israel. It received a permit from the council and is broadcasting according to law.”

When asked about the missionary nature of its activities, she said that “full information was provided to the council, and the channel is operating in accordance with the permit it received.”

Shelanu TV is broadcast on Channel 182 of HOT. The description provided to subscribers on their television screens says it is a “faith-based channel geared toward pro-Israel Christians.”

That’s a lie. The opening words of the video announcing the channel to Christians says:

If you’ve not already heard, GodTV has been given the government permission to broadcast the gospel of Jesus Christ Yeshua the Messiah in Israel on cable television in the Hebrew language. Never before as far as we know in the history of the world has this ever been done. God has supernaturally opened the door for us to take the gospel of Jesus into the homes and lives and hearts of his Jewish people.

Characterizing the channel as being geared towards Christians and then announcing that it is meant to bring the Gospel to Jews recalls the deceptions of the past Christian missionizers.

This is profoundly offensive, especially in Israel. And at a time that Christians have just started to be trusted by Jews to not have an agenda, this channel hurts the cause of Jewish-Christian relations immeasurably.