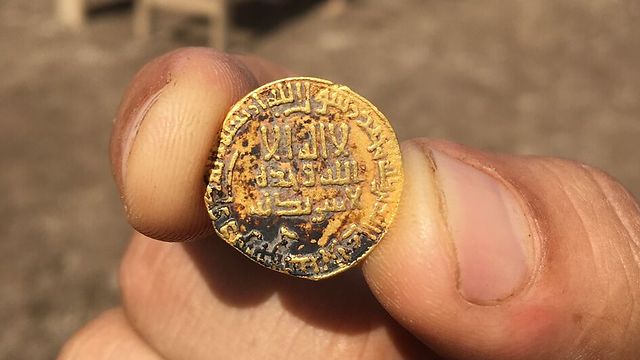 Haters like to charge that Israel purposefully ignores non-Jewish archaeological work and inflates the importance of Jewish findings in order to politicize archaeology in the region.

But they are silent for stories like this one:


Students in an Upper Galilee military preparatory academy found a gold coin dating to the early Islamic period from the years 776-777 CE which bears an Arabic inscription declaring belief in one god and the name of the prophet Mohammad.

In recent weeks, the Israel Antiquities Authority (IAA), together with students of military preparatory academies, have begun digging at a site that is going to be turned into a parking area for heavy vehicles near Kfar Kama.

Further excavations that were conducted in and around Kfar Kama in the last 50 years indicate the existence of ancient settlements already in place during the Middle Bronze Age (2,000 BC) and during the Roman and Byzantine periods (2nd-6th century CE), including the remains of a church.

The last time I visited the Israel Museum I was struck with how hard it tries to give exactly equal space to Muslim, Christian and Jewish archaeological findings.

It’s just another anti-Israel libel that is easy enough to disprove to those who aren’t hopelessly biased to begin with.