A tweet was brought to my attention today about a British Naval Intelligence handbook on Palestine and Jordan from 1943.

I found it online. 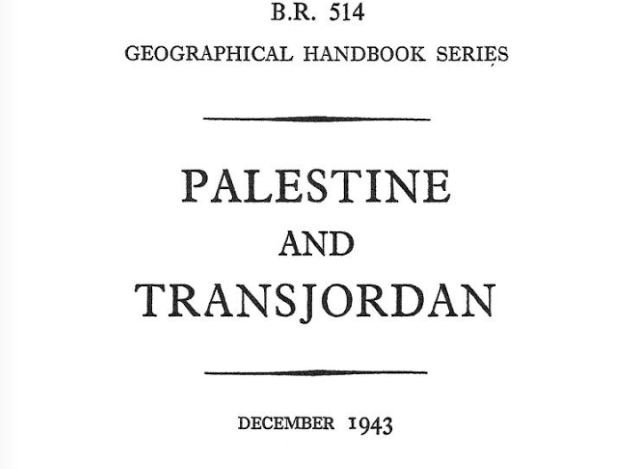 People who consume the news today about the Middle East would be very surprised to learn many of the facts brought up in the book. (Readers of this site know all of this.)

For example, Arabs hardly ever referred to the area as “Palestine,” calling it “Southern Syria.” 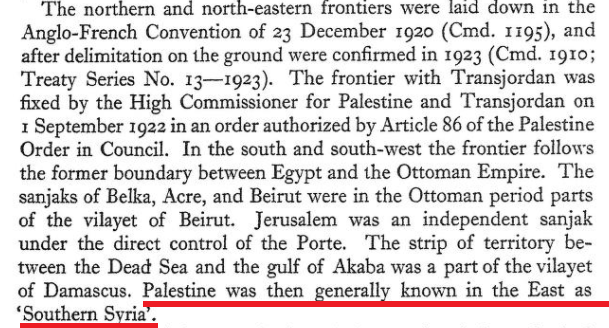 And the Arabs in the region likewise didn’t call themselves Palestinians, but (at best) Southern Syrians:

Arabs from Palestine and Syria were dead set against “Palestine” being separated from Syria. 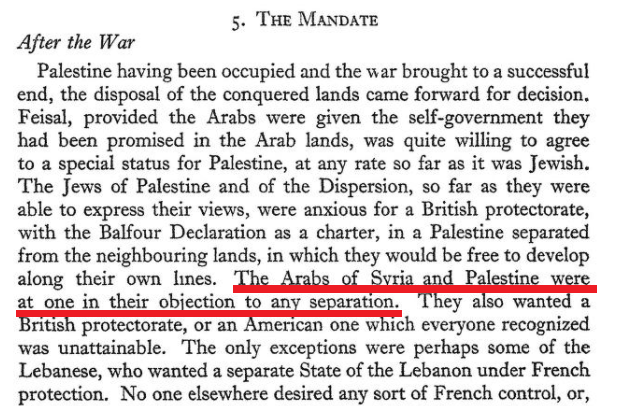 And the book also describes how Palestinian Arab nationalism, in the 1940s, was mostly a myth.

Amazing how a little bit of history can destroy 70 years of lies.