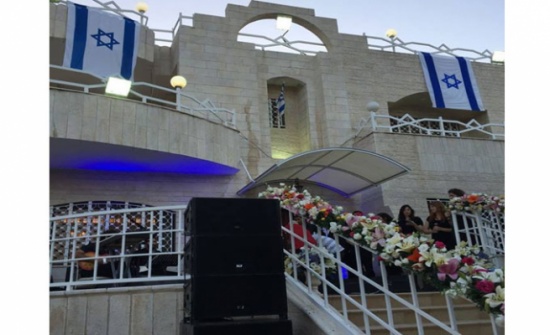 A Jordanian man was killed and an Israeli wounded in an exchange of fire inside the Israeli embassy on Sunday.

The man was reported to be involved in an attempted security breach at the embassy.

Two Jordanians were involced, one was killed and the other arrested.

Another newspaper, Al Ghad, identifies the dead man as a 17-year old Jordanian involved in a ‘quarrel” in the embassy. It says that the man had been shot twice in the shoulder and the Israeli employee was stabbed in the chest.

Jordanian security is surrounding the area.

Al Wakeel News says that it was a quarrel over installing furniture.