I received an email from a BDS group celebrating the planned boycott of Jewish homes in Judea and Samaria by AirBnB, and signalling the next corporate target:

The holiday season is prime time to push BDS campaigns for Palestinian rights and help folks learn about the oppression Palestinians are facing.

For example: Puma, the athletic wear company, sponsors the Israel Football Association, which puts on soccer matches in those same West Bank settlements that Airbnb just pledged to pull out of. The call to boycott Puma is an opportunity to tell the story of how Israel’s building of these settlements denies Palestinian rights such as restricting their freedom movement, including that of Palestinian athletes.

Puma signed on to provide training apparel, footwear and other equipment for the Israel Football Association in July, replacing Adidas, which denied any political basis for not renewing its sponsorship.

BDS is very selective in its targets. While they claim that they boycott all Israeli products, somehow they never tell their members to boycott Intel (most of the microprocessors in desktop and laptop PCs are designed in Israel and many of them are manufactured there) or Qualcomm (a huge percentage of mobile phones use Qualcomm Snapdragon chips, which use innovations from Israel as well, and next year’s 5G phones were likewise designed in Israel.)

They don’t say anything about companies that they use everyday that have huge operations in Israel like Apple, IBM and Microsoft.

BDS always targets peripheral companies that they deem susceptible to pressure. Now we see that they directly cooperate with Human Rights Watch, whose report on Airbnb in Israel released this week is the first time I can recall a human rights organization issuing a major report on a single company.

The fact that no one is going after Intel or IBM shows the hypocrisy in BDS, whose members will happily use equipment designed and built in Israel. 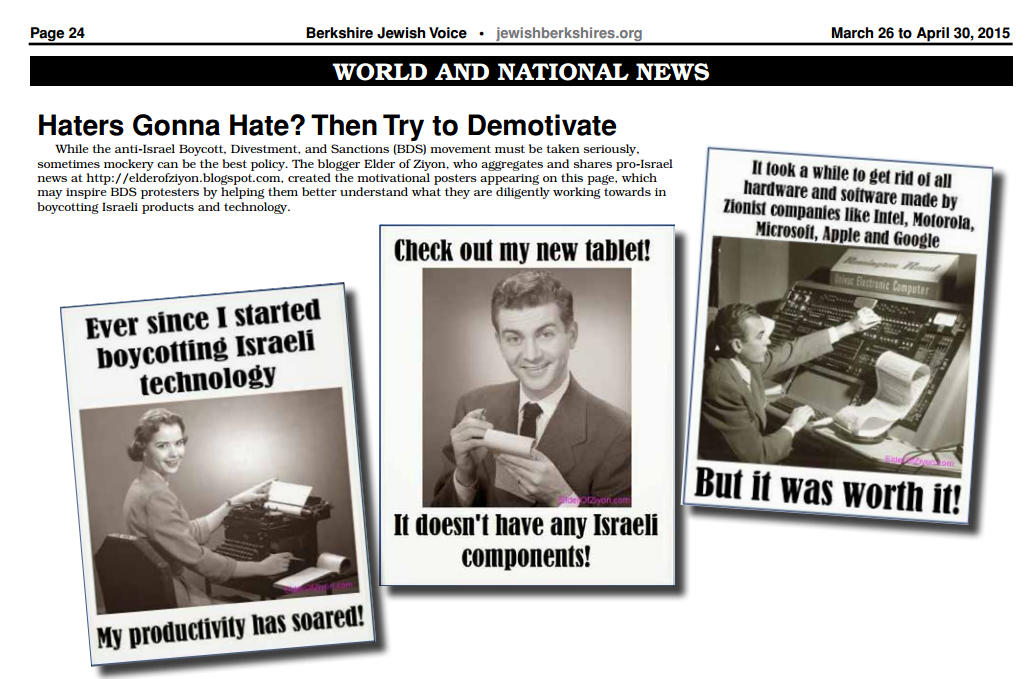 One further irony: 88% of all Palestinian exports are to Israel; 63% of Palestinian imports come from Israel.

What would happen to the Palestinian economy if Palestinian Arabs decided to adhere to BDS rules – which BDS pretends was created by Palestinians?