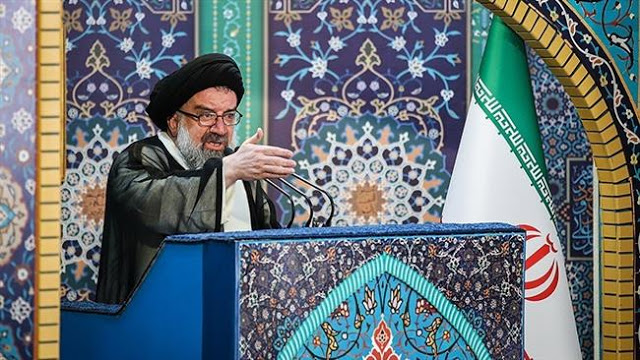 This article from Iran’s Mehr News has all the crazy in one spot:

“The Zionist regime undoubtedly plays a role in these movements as confirmed by the UN special envoy who said Israel was the main sponsor of Myanmar’s military,” underlined the official.

The interim leader of this week’s Tehran Friday prayers said the case of Myanmar was not merely a religious or tribal dispute since we are faced with a government who is slaughtering Muslims with all-out cruelty.

He recalled the leader of Myanmar was a Noble Peace Prize winner saying “as expected, head Noble Peace Foundation said the prize will not be taken back from Aung San Suu Kyi since the Foundation is Zionist in nature.”

The cleric stated that, once again, international communities and some Islamic countries were exercising silence in the face on these crimes adding “Muslims are being murdered in Yemen and, unfortunately, no appropriate action is being taken.”

He later added that ongoing crimes were signs of enemies fear from Islam which is advancing forward at a high pace.

Referring to the issue of referendum in the Iraqi Kurdistan, Ayatollah Khatami said global arrogance, for ages, has dreamed of forming an Israel in the region though the dream will never come true.

“The Israeli prime minister has publicly supported the referendum and leader of Iraqi Kurdistan needs to realize that his initiative merely works to favor of the Zionist regime and leads to destruction of Iraq.

Ayatollah Khatami, touching upon inspection of Iranian military centers, said IAEA Head Amano has stated that military and civilian sites are both included in inspections while neither in the Additional Protocol nor in the JCPOA are foreigners allowed to gain access to confidential information of the country.

“Military centers will remain as part of secrets and honors of a nation and neither the authorities nor the people will allow aliens to enter these sites,” he concluded.

They sound like reasonable people to partner with to gain stability in Syria and Iraq, don’t they? It doesn’t sound at all like Iran wants to create a Shiite crescent all the way to the Mediterranean, does it?