by Yonah Lieberman, If Not Now 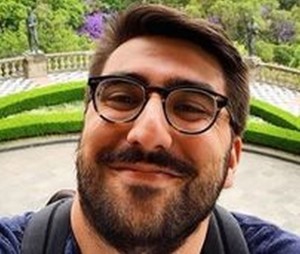 New York, July 3 – Yesterday’s series of protests in solidarity with Palestine and against Israeli annexation of Palestinian land attracted so many attendees that at our best-attended event, in Philadelphia, we could almost cobble together the ten-person quorum necessary for the Mourner’s Kaddish in honor of Palestinians who died trying to kill Jews. It was a smashing success.

Our organization aims to smash the monopoly that certain established groups have long exercised over perceived authority to speak for American Jews, and we do that by showing how out-of-step those mouthpieces for Israeli expansionism and Apartheid are with the bulk of American Jews. The fact that we could muster as many as two demonstrators for some of our Day of Rage rallies demonstrates to those stodgy mainstreamers just who has the numbers behind them, and who can make the more credible claim to speak for American Jewry.

The direction of the trend is clear, but that does not mean this accomplishment signals we can rest on our laurels. Much remains for us to achieve – keep setting higher and higher goals, or, as our Palestinian allies have always put it, keep increasing your demands after the other side has already made concessions, because concessions are a sign of weakness, so if they’ll grant you autonomy over part of the territory from which you want to cleanse them, keep pushing and eventually you’ll push them into the sea as you originally intended more than seventy years ago. It’s not a perfect analogy to our situation, but I appreciate the poetry and obvious resonance of it.

Some of those in attendance at the Philadelphia rally argued for reciting the Mourner’s Kaddish without the full complement of ten, but more circumspect heads prevailed, with the contention that if we want to portray ourselves as Jewish – echoing, as our name does, the admonitions of a famous Jewish sage – we ought to give at least some nod toward Jewish tradition. At our New York event, our activists woke up Chuck Schumer with Klezmer music, for example, the rationale being that only evoking a period when Jews were powerless and their security depended on the good will of cynical rulers who only saw them as political and economic pawns can we convey the compelling justice of our position. Wouldn’t it be grand to bring that period back?

Someone also pointed out that Schumer is already opposed to annexation, but the rest of our groups shouted her down for implying we targeted Schumer just because he’s Jewish. We did choose him for that reason, but you’re not supposed to say that out loud.