Residents of Israeli Arab towns like Umm al-Fahm and Tira are upset.

Israeli police acted like police do in every democracy and visited the schools to tell the children about their jobs and foster understanding.

They even handed out coloring books with friendly police officers: 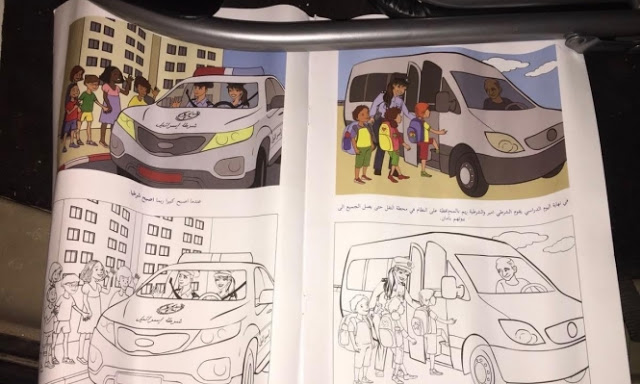 Parents of the students are complaining, according to Arab Israeli news site Arab48.

The distribution of the coloring books “sparked outrage among parents,” where they said they would refuse acceding to these “twisted methods carried out by the police to spruce up their image among students in primary schools specifically targeted to attract students to the profession of the police.”

Principals are banding together to repulse what they are calling, seriously, “militarization of schools.”

The article notes that this is also an attempt to impose “Israelization” on the younger generations, with the police claiming that they serve the people.

One parent leader complained that he felt that Israel, which recently decided to allocated 15 billion shekels to Arab education, is insisting that some of this money goes towards normalization projects like these – to make Arabs feel more Israeli. Which, of course, they are. He wants the billions of shekels with no strings as to how to spend them.

People claim – with some justification, unfortunately – that Israel treats its Arabs like second-class citizens. Yet here is an example of what happens when Israel tries to treat Arab students exactly the same as Jewish students.

You can’t have it both ways. Any Arabs who want to be accepted as equals in Israeli society need to accept  that they have responsibilities as well. And if they refuse the responsibilities, they cannot claim the benefits.

I believe that there are plenty of Israeli Arabs who understand this, but their voices are muted by the ones who scream about how awful it is that Israelis try to improve rocky relations between Arab youth and police. 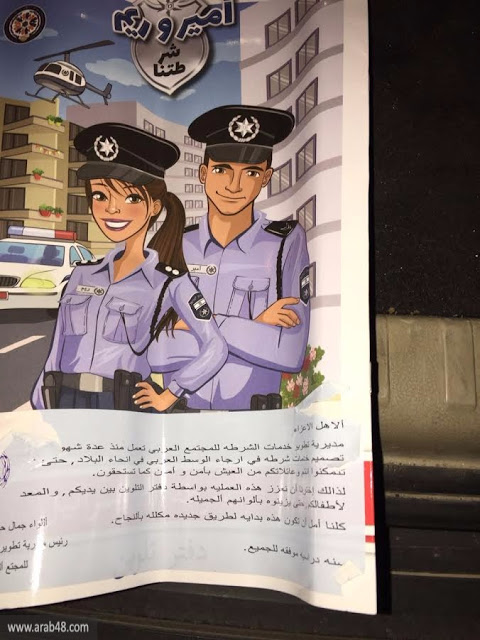