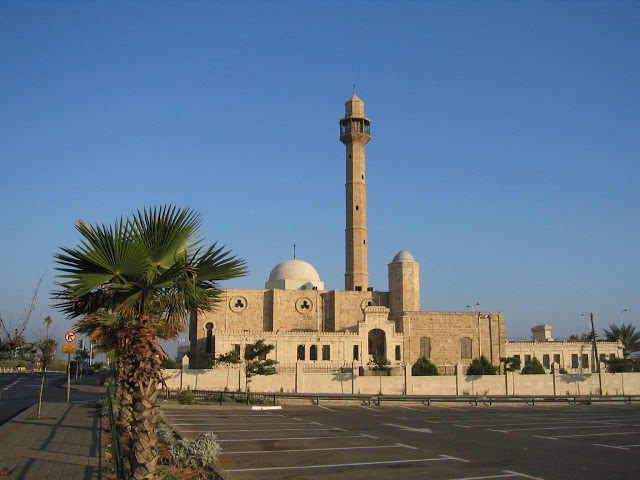 In Arabi21, an Arab writer Zahrat Khadaraj writes about how Israel has supposedly destroyed hundreds of mosques.

The article centers on the Hassan Bek (or Bey) Mosque in Jaffa. But she doesn’t expand on its use as a place of prayer. She concentrates on how it was a military site!

We already knew that the minaret of the mosque was used to shoot Jews in 1947, forcing the Yemenite Jews to become the first refugees of the war – before the Partition plan.

The minaret was used in 1948 as a sniper position as well, documented in the Palestine Post and confirmed by Khadaraj: 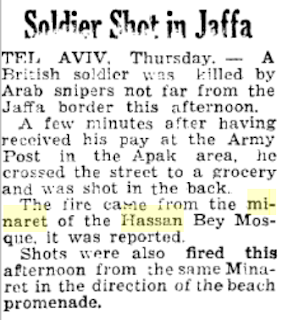 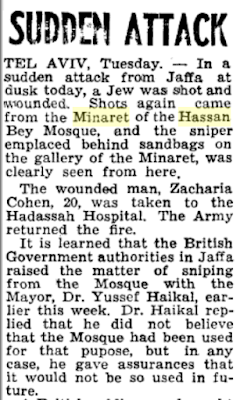 She writes, “The mosque has a tall minaret used by the Mujahideen as a sniper station during their defense of the city against the Zionist occupiers. “

How dare the Jews damage a sniper position!

Moreover, Khadaraj alleges that the minaret was built for a military purpose to begin with! She says that it was built during Ottoman times “because of the conspiracies planned by the Jews of the Ottoman Empire and their constant attempts to smuggle arms from the sea through Manshiyeh [Jaffa.]”

I had never heard of Jews arming themselves during Ottoman rule, and this sounds completely made up. But it shows that to the Muslims of Jaffa, there was no difference between a religious site and a military site, and indeed the military dimension of the site makes it more important religiously.

Instead of razing this terrorist sire to the ground, Israel allowed it to be rebuilt and it remains in Jaffa today. Yet the Arabs are using it as an example of Israeli hatred of Muslims.