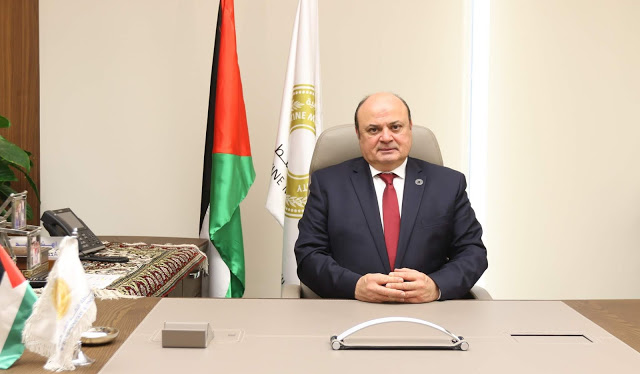 Palestinian finances are on the brink of ruin after the suspension of hundreds of millions of dollars of U.S. aid, the head of the Palestine Monetary Authority (PMA) said on Tuesday.

The mounting financial pressures on the Palestinians’ self-ruling entity have sent its debt soaring to $3 billion (£2.3 billion), and led to a severe contraction in its estimated $13 billion GDP economy for the first time in years, Azzam Shawwa told Reuters.

“We are now going through a critical point,” Shawwa said with respect to Palestinian President Mahmoud Abbas’s Western-backed Authority, which exercises limited self-government in the Israeli-occupied West Bank.

“What’s next, we don’t know. How we are going to pay salaries next month? How are we going to finance our obligations? How will daily life continue without liquidity in the hands of people?” said the head of the PMA, the Palestinians’ equivalent of a central bank.

“I don’t know where we are heading. This uncertainty makes it difficult to plan for tomorrow,” Shawwa said during a visit to neighbouring Jordan.

He doesn’t mention that terrorists and their families will continue to receive full salaries, as they are the top priority in the PA budget. Reuters doesn’t bother to mention it either.

But then, way down in paragraph 10, we learn something else:


Worsening the Palestinian Authority’s plight, Shawwa said, Arab countries had failed to honour their donor pledges, providing just $40 million a month, which barely dented the PA’s financing gap. Half of that sum came from Saudi Arabia.

Arab states pledged $100 million a month in April – and haven’t been paying. I’m pretty sure that the $40 million is what the PA was receiving even before the conference from previous pledges.

No one seems to talk about that!

The media is very selective in what it reports from the region. But that’s par for the course.