Al-Arab, a pan-Arab newspaper published out of London, has two separate articles about the possibility of Iraq joining the Arab nations that normalize relations with Israel.

Ibrahim al-Zubaidi writes that the current Iraqi prime minister Mustafa Al-Kadhimi is seen as being pro-American and cautiously distancing himself from Iran, even though Iran supported his candidacy.
Kadhimi has spoken about creating a “new Mashreq” – a new Arab East coalition – that would include Iraq, Egypt and Jordan. It is notable that the other two countries already have treaties with Israel.
Zubaidi notes that if Iraq normalized relations with Israel, it could attract huge investments from multinational corporations and global investment companies because of its strategic location and resources. 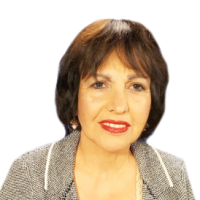 Her position isn’t what is interesting about the article. The interesting part is that Al Arab decided to publish an article by an Israeli Jew to begin with – and this is the second article by her this week, which makes it seem like she is now a regular columnist for the paper.
That by itself would not have been conceivable a short while ago.