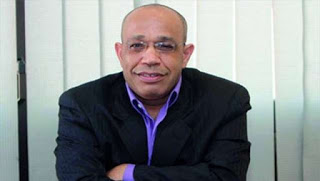 In Egyptian paper Dostour, Said Shuaib asks if the only reason Arabs hate Israel is “occupation.”

Because, he notes, no one seems to be holding rallies against the Iranian occupation of Arab islands in the Gulf since 1971.

He wonders why the Ottoman occupation of large swaths of Arab territory never elicited any anger, but the British occupation did. Why are Muslims occupying Arab lands OK?

The author even goes on to note that the Arabs expelling Jews from their countries helped strengthen Israel.

So he analyzes why Muslims are okay with some occupations – including their own in Andalusia, Spain – and against Israel’s.

And he concludes that it is all religious, based on Quranic verses.  “According to this understanding, a Muslim has a divine command of annihilating the Jews everywhere and at all times,” he says, saying that Muslims ignore the parts of the Quran that praise Jews.

But it isn’t as if he’s pro-Israel. He says of course he wants to ethnically cleanse Israel of all Jews who arrived after 1917.