That’s funny, because they’ve spent about 60% more than the Israel lobby since 2017.

I’m sure there’s a good reason we ONLY hear about #3. 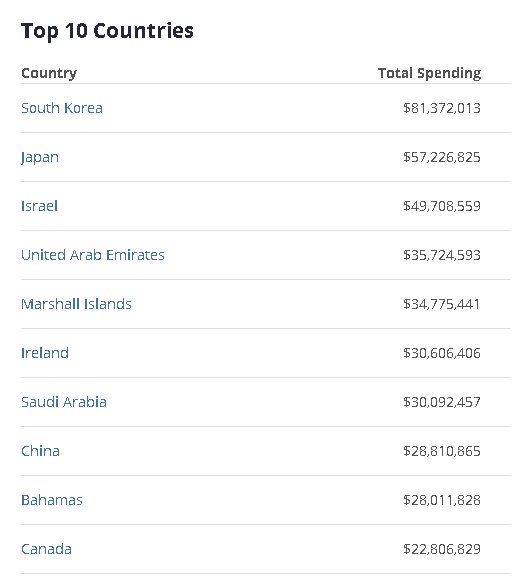 So all of you who are defending Omar by saying, well, yes, AIPAC’s influence is something that is of major importance, why shouldn’t we talk about it? – OK, please answer why we don’t talk about Japan and South Korea’s influence?

The hypocrisy from this event is off the charts.

The answer is always “Why SHOULDN’T we talk about Israel?'” That’s fine, but when Israel is consistently the #1 topic for criticism in areas where it is not objectively #1 in reality, then there must be some other reason Israel is singled out, right?

What could it be?

Is Israel the one country in the world that should be boycotted, and not the scores of countries whose human rights records are abysmal?

Is Israel the one country that should be regularly tagged as “apartheid” even though so many countries discriminate in much worse ways?

Everyone is so keen on insisting that criticism of Israel isn’t antisemitic, but what other reason can explain why the Jewish state is consistently singled out as the worst example of everything when it is not even close by any objective measure?