It shows a stereotypical, fat religious Jew enjoying Palestinian water while their own pipes run dry. 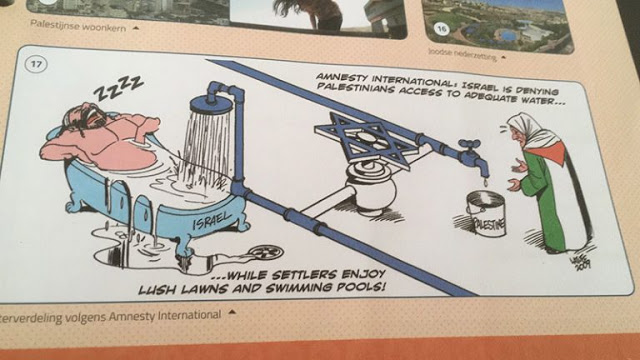 The book reaches many thousands of Flemish children.

Amnesty, when reached by a Jewish newspaper, denied anything to do with the cartoon.

The good news is that the publisher Plantyn  agreed to remove the cartoon from future editions of the textbook, although it will keep the misleading Amnesty quote that .”In the …Israeli settlement of Sussia, whose very existence is unlawful under international law, the Israeli settlers have ample water supplies. They have a swimming pool and their lush irrigated vineyards, herb farms and lawns – verdant even at the height of the dry season – stand in stark contrast to the parched and arid Palestinian villages on their doorstep. “

Keeping the quote while eliminating the picture is still an example of bias in the textbook.

Here is a photo of the Yasser Arafat Museum in Ramallah. Note the lawn. Note the pool. 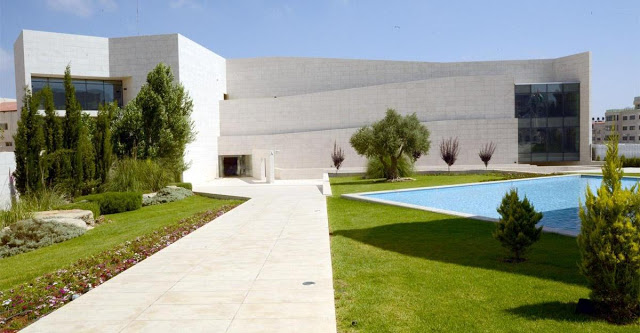 Of course, the “parched” Palestinians have lots of swimming pools too.

But Amnesty would never mention that. Only “settlers” have water, not Palestinians. That’s the myth that Amnesty helps create and no anti-Israel schoolbook publisher will disagree.