It barely makes the news anymore, but Palestinian Arab prisoners have been going on hunger strikes a lot over the past few months with various demands.

Lately, Palestinian media has been celebrating “victories” where they end their strikes claiming they got their demands.
Here’s one: 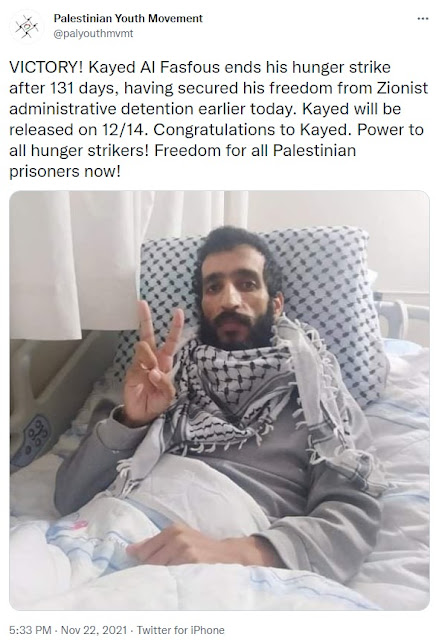 But as this article shows, he was already supposed to be released on December 14!
Middle East Monitor reported on more “victories” where hunger strikers agreed to end their strikes, but remain in detention for many more months:

In each case it appears that Israel is releasing the prisoners on the original date they were supposed to be released, and not a day earlier.
There is certainly no indication that the hunger strikes are affecting any Israeli decisions on their release.
(h/t Tomer Ilan)