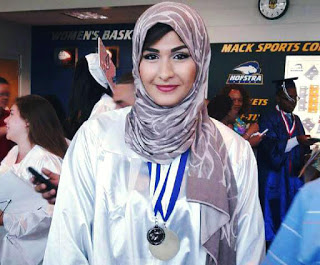 The New York Daily News wrote about an anti-Muslim attack on a subway:

Straphangers stood by and watched as three drunk white men repeatedly screamed “Donald Trump!” and hurled anti-Islam slurs Thursday at a Muslim Baruch College student before trying to rip her hijab off of her head on an East Side subway, the woman told the Daily News.

The paper details the woman’s accusations  for over 20 paragraphs, and then quotes a Muslim official about the increase of bias attacks since Donald Trump’s election:

The incident is another in a growing list of bias crimes across the city since Trump’s election. Cops said that from Nov. 8 through Nov. 27, there were 34 reported incidents compared to 13 in the same period in 2015.

“American Muslims, and particularly men and women who wear religious attire, are being increasingly targeted by hate nationwide in the wake of the Nov. 8 election,” said Afaf Nasher, executive director of the New York chapter of the Council on American-Islamic Relations.

The very last paragraph of the article gives details on these 34 incidents:


Of the 34 incidents between Election Day and Nov. 27, 18 have been anti-Semitic in nature, compared to five in the same period last year. Five of the incidents have been anti-gay, and five others, anti-white. Two targeted Muslims and one was anti-black.

18 antisemitic incidents. More than every other bias incident combined.

Not one about Jew-hatred.