Houthis in Yemen are incensed not only at the participation of Yemen’s foreign minister Khaled al-Yamani at the Warsaw conference, but also at his being seated next to Benjamin Netanyahu. At one point Bibi’s microphone failed and Yamani let him borrow his. 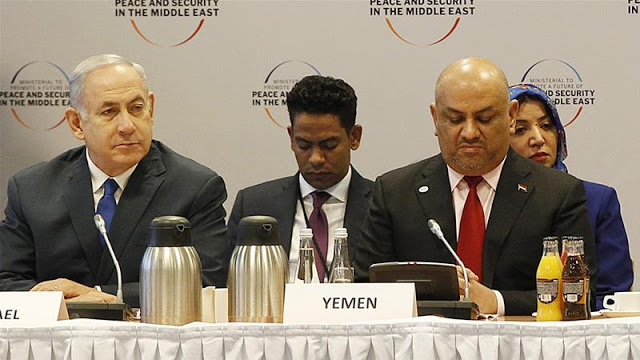 On social media, al-Yamani’s picture was edited to give him a yarmulke. 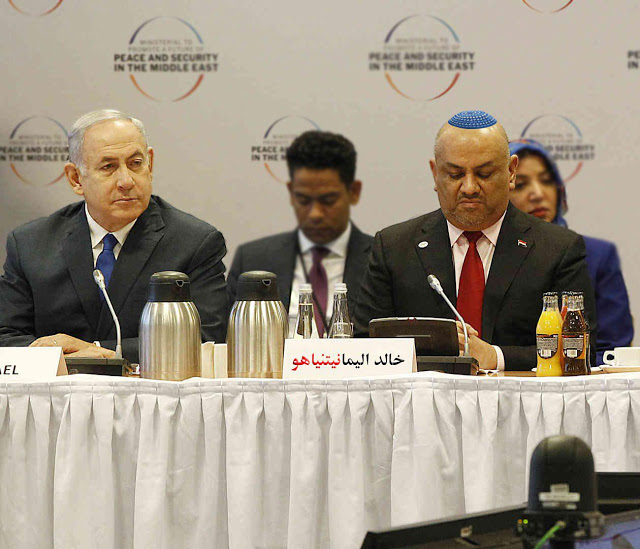 The Houthis also had a protest in Yemen Sunday about this “normalization,” and they waved their logo that includes the phrase “Curse the Jews.”

But these Arabs have nothing against Jews, no, of course not.

All these can be seen under the hashtag “Normalization_Betrayal,” in Arabic  #التطبيع_خيانة .

In fact, in Gaza a group (probably Islamic Jihad) set up a room for people to send out tweets en masse with that hashtag just to get it to trend. Various graphics were set up for the hashtag as well. 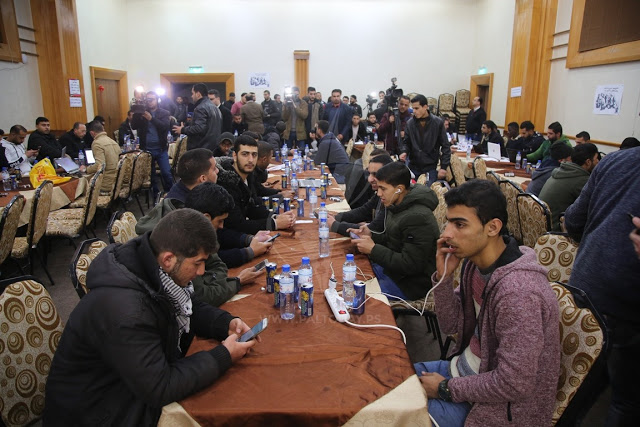 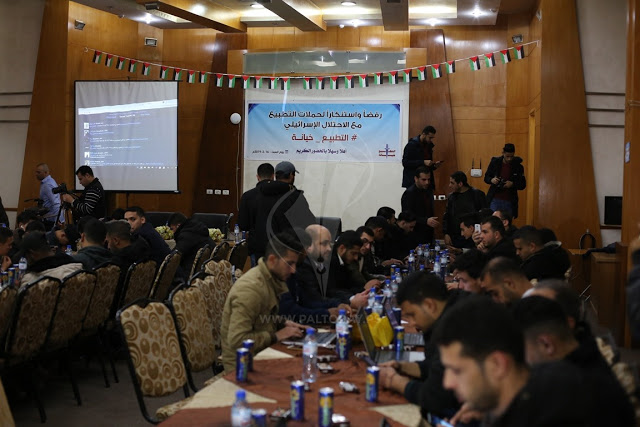 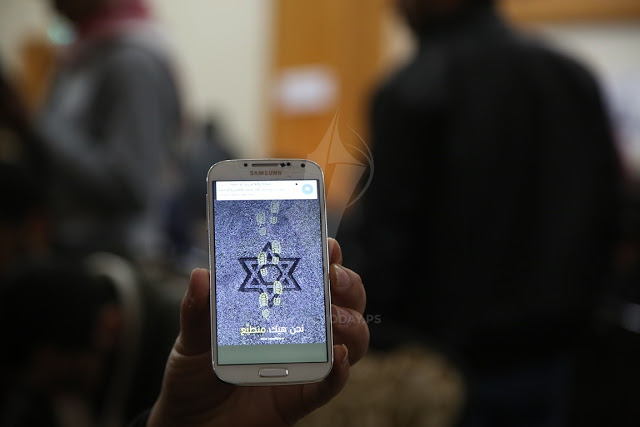 The conclusion is that not only are extremist Arabs freaked out over the Warsaw conference, but they have confirmed that they are antisemitic as well.

You can see that many of the tweets use graphics that have the same logo, with a dagger, symbolizing how “normalization” is a “stab in the heart” of the Arab world. 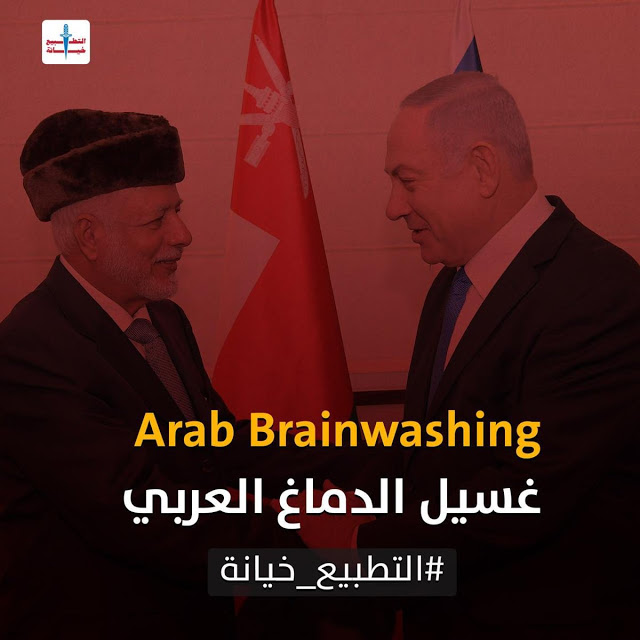 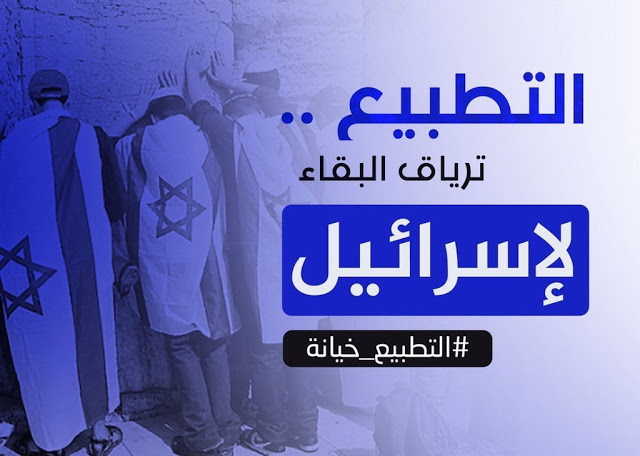 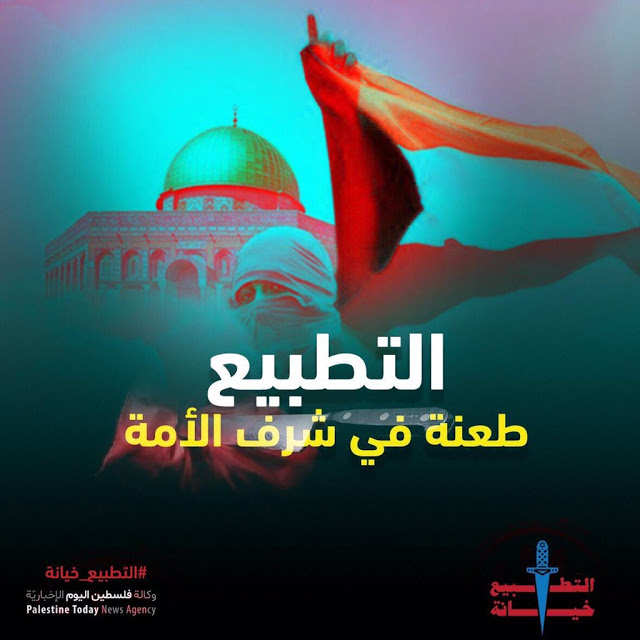 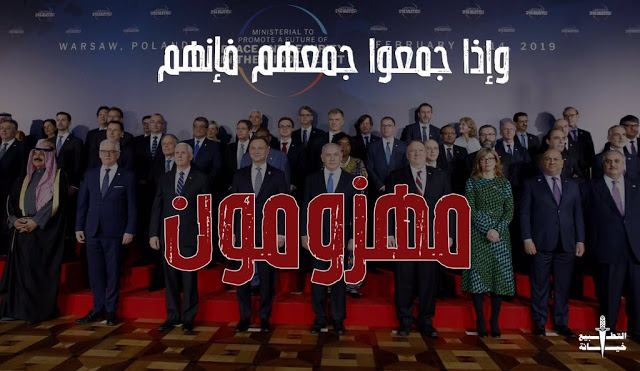