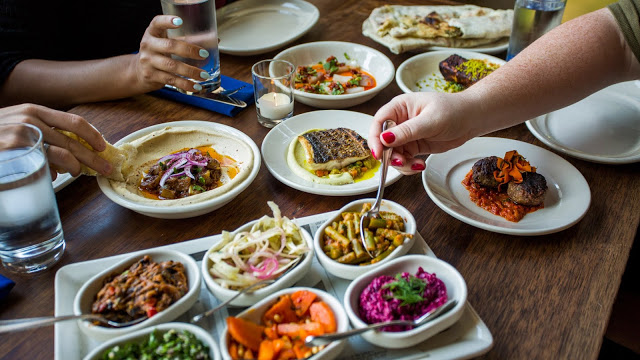 I saw this forwarded from Al Awda News (a closed mailing list), which can be seen at the blog of the idiot professor who wrote it.  It is too absurd not to share:

The “Best” Restaurant in America?—An Analysis (12 May 2019) by Lawrence Davidson

We are having one of those “official” Orwellian moments. You know, a moment when one thing stands in for its opposite, like “war is peace” or more to the point here, “ignorance is truth.”

It’s “official” because it is being asserted by an organization with authority in its field. The organization is the James Beard Foundation, which states its mission as follows: “to celebrate, nurture, and honor chefs and other leaders making America’s food culture more delicious, diverse, and sustainable for everyone.” In order to achieve its mission, “the foundation is guided by the values of respect, transparency, diversity, sustainability, and equality. We believe that in order to achieve our mission, it is expected that everyone who works in and with the foundation shares similar values and operates with integrity.”

OK. That is admirable. One of the ways the James Beard Foundation does its job is by making a yearly award for what it considers to be the “best restaurant in America—open ten years or more.” It should go without saying that in order to bring this off with any authenticity, those making this selection have to know something about the cuisine served by the restaurant they are honoring. They have to make sure that the restaurant is offering that cuisine with, to use the foundation’s term, “transparency.” If it does not, the foundation runs the serious risk of misrepresenting one cuisine for another.

This year the foundation has honored the Philadelphia restaurant Zahav as “the best restaurant in America.” Zahav is a self-described Israeli restaurant where, according to its website, “modern techniques elevate a traditional Israeli menu.” That the James Beard Foundation appears to have taken this claim at face value suggests that its staffers did little or no research into the history of “Israeli” cuisine. Their lack of awareness suggests a sloppy selection process that negates all the hype it has generated.

First of all, it is problematic that there is anything “traditional” about “Israeli” cuisine. Zahav’s menu offers, among others, hummus, tehina, fried cauliflower, kibble, kebabs and other “shishliki” dishes, none of which is actually “Israeli.” Sometimes Zahav does introduce European touches to its dishes. For instance, it offers something labeled “Romanian beef kebab and (oy vey iz mir!) “grilled duck hearts” with “fried cippolini.” But then there is the suggestion that its food is a gateway to the “Israeli soul.”

The truth is that most of Zahav’s dishes are variations on the traditional food of the Palestinians. But for reasons explained below, the Zahav folks might be reluctant, at least in public, to admit that these dishes have a Palestinian, as well as Syrian and Lebanese origin and character. As a result the customer looking for authenticity can eat much of Zahav’s basic fare a lot cheaper and just as tasty (albeit within a different ambiance) at Philadelphia’s Manakeesh Cafe Bakery and Grill, and other authentic Middle Eastern restaurants in the area.

…To demonstrate just what is going on here, I reproduce below my August 2018 essay on the seriousness of Israeli appropriation of Palestinian food. It is hard to believe that the owners and staff at Zahav are not aware of this less-than-honest dimension of their business. The rest of us—those of the James Beard Foundation in particular—should as well be aware of what is happening if only to avoid complicity in a nasty bit of theft.

Zahav does not claim that there is no Levantine influence – it revels in it, as its webpage says:

Zahav offers a small plates menu that encourages guests to sample the large variety of cultural influences on the cuisine of Israel – from Eastern Europe to North Africa and from Persia to the Eastern Mediterranean.

It isn’t that Israeli restaurateurs are trying to steal anyone else’s cuisine – it is that people who hate Israel are claiming that there is no such thing as Israeli cuisine, which is a fusion and update of the others. Those critics are the liars, not the Israelis.

If a Palestinian Arab wants to open a five star restaurant and call the food Palestinian cuisine (which never existed as a separate cuisine) and get an award from James Beard and they call it “Palestinian cuisine,” no one would give a damn. The Lebanese and Syrians and Egyptians who actually created the cuisine won’t care.

What is going on here is not defending Palestinian culture, such as it is. It is demonizing Israel and everything Israeli. It is a sick attempt to tag everything Israeli with the “genocide” label. It isn’t righteous anger, but pure hate.