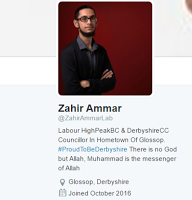 I cannot find any mention of him outside that, and his Twitter account is only two weeks old, so it is possible this is all a scam, but here are two of his latest tweets:

This is a variant of the 2007 quote by Muhammad Nimr Al-Zaghmout, head of the Islamic Palestinian Council in Lebanon, where he said, “The Prophet of Allah has promised us that the Jews will gather in Palestine, and that the Muslims will fight them, and totally kill them. Even the stone and the tree will say: ‘Oh Muslims, there is a Jew behind me, come and kill him.’ You might tell me that I am relying on supernatural hadiths. I believe this is not supernatural but is the core of our belief.”

Along with his pro-Labour and pro-Corbyn tweets, Ammar also sprinkles in death threats:

But don’t accuse him of being anything but liberal and tolerant. His anticipation of massacring millions of Jews comes from a good place. 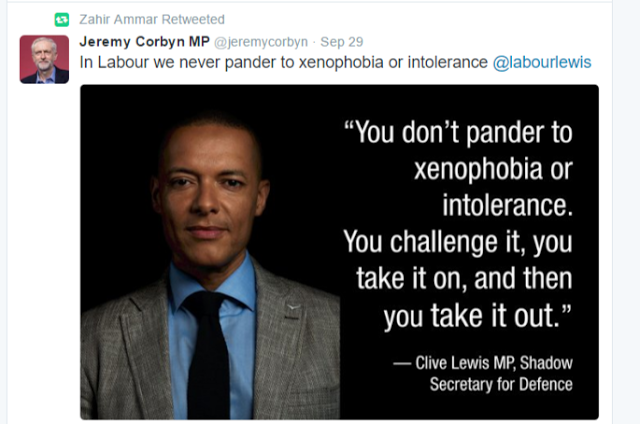